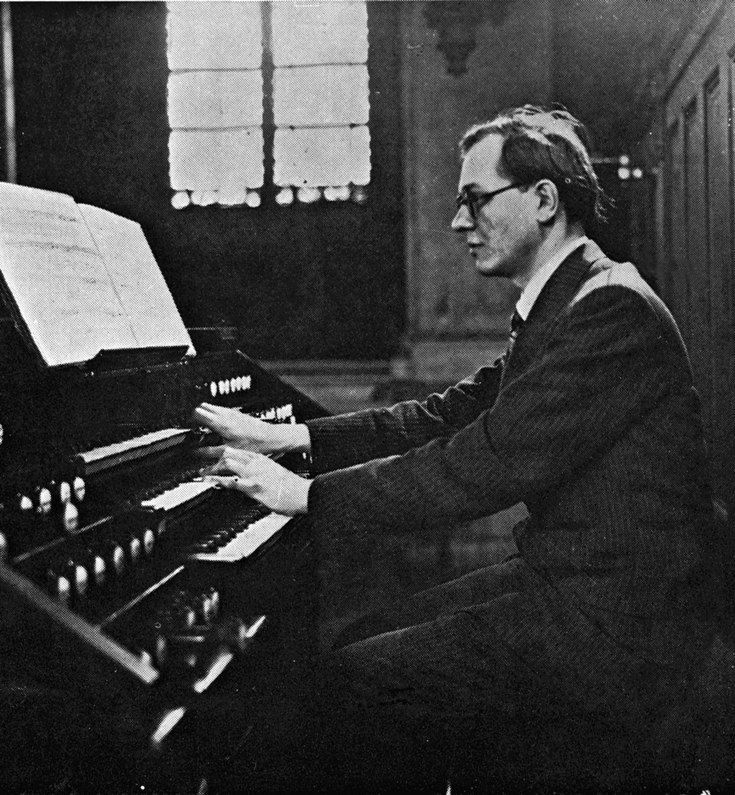 In 1931 Olivier Messiaen (1908-1992) was appointed organiste titulaire of the Cavaillé-Coll organ at Ste.-Trinité in Paris. From that time on he composed the greatest part of his organ works specifically for this organ.
The Cavaillé-Coll firm was given the contract for a two-manual instrument in 1865, for the price of 38,412.50 francs. The enlarged instrument (three-manuals, 46 registers) was delivered on 4 July, 1868, and on 16 March 1869 it was inaugurated by Camille Saint-Saëns, César Franck, Alexis Chauvet (the first titularis of the organ), Henri Fissot, and Charles-Marie Widor.
During the first thirty years the organ was maintained by the firm of Cavaillé-Coll (after 1898: Mutin). Louis Vierne was affronted when in 1901 the maintenance was taken over by the firm of Merklin (Gutschenritter), which added tuning slots to all the overblowing flutes, among several changes. In 1934-1935 the organ was restored by the firm of Pleyel-Cavaillé-Coll, which made a few changes including the addition of four registers to the Positif and three registers to the Récit.
From 1962-1967 the firm of Beuchet-Debierre from Nantes carried out a third restoration and augmentation. The key and stop action were electrified and the organ was given a new console. From the correspondence between Messiaen and Eugène Picaud (one of Beuchets employees) it is clear that Messiaen insisted that the timbres of Cavaillé-Coll remain unaltered.
In 1984 the key action was improved and in 1993 the organ was worked on again. Two years before his death Messiaen expressed the wish, in a letter to the builder Glandaz, to add chamades to the instrument, to which he was particularly attached, and a 32 Bombarde, and on the Récit a Septième, a Neuvième, and a 32 Douçaine. These additions were not carried out.

Olivier Messiaen about 1940 at the console of the Cavaillé-Coll-organ St.Trinité in Paris 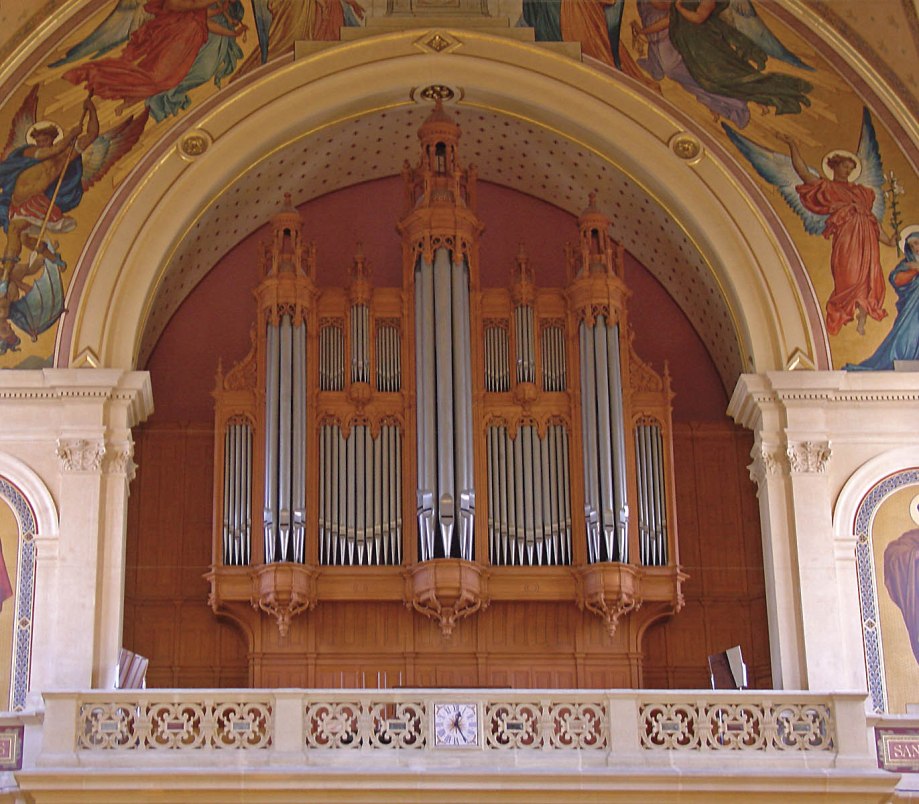