In the recent issue 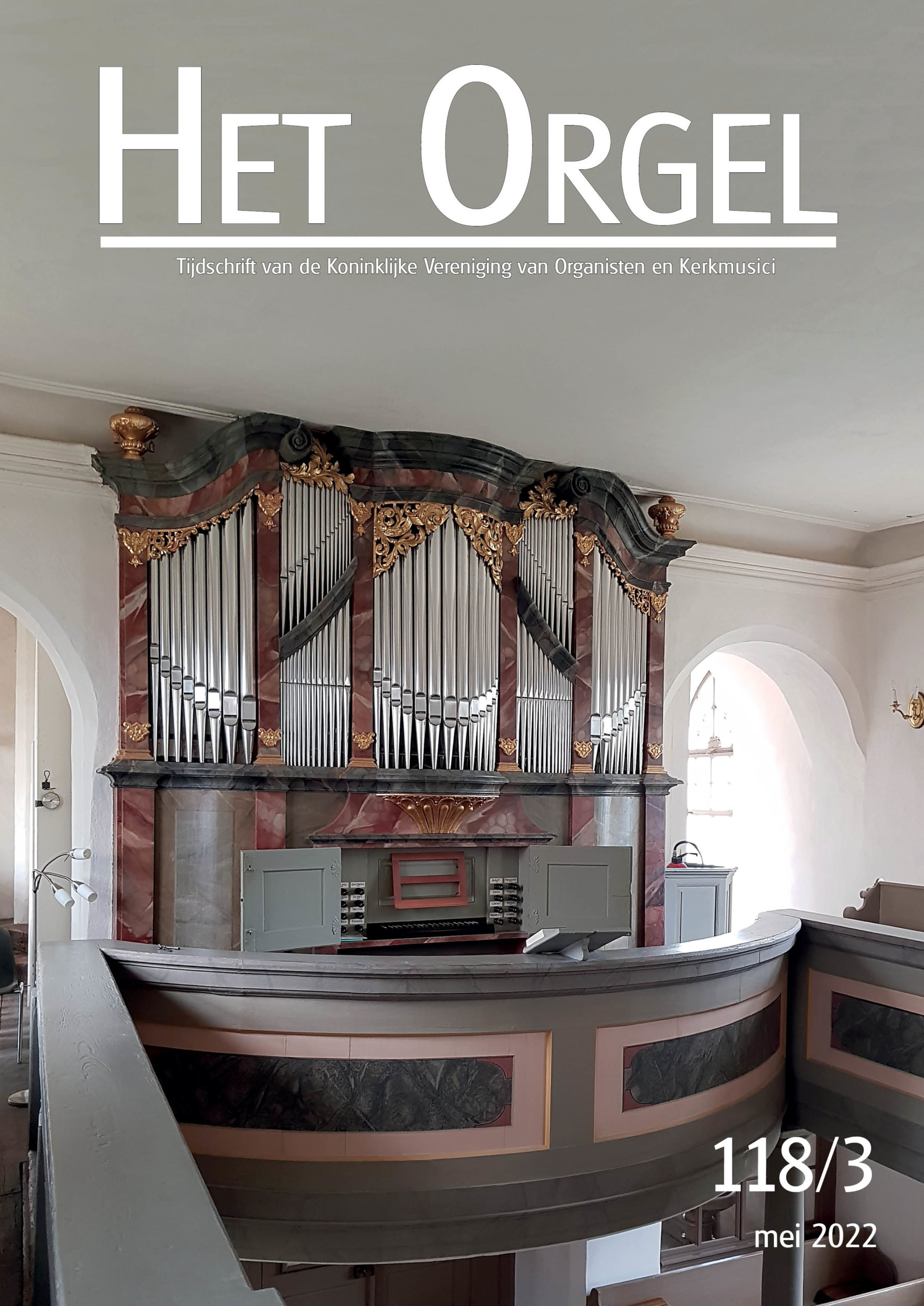 The May issue of Het Orgel opens with the second article by Theo Jellema on the Friedrich Leichel organ in the Lambertuskerk in Arum. In this final part he discusses the recent restoration and gives a few comments as a player and listener.

In the week that this issue appears, the victims of the Second World War are commemorated {on 4 May}.   Jos van der Kooy’s column fits in with this:  he discusses two church musicians in war-time, Dolf Hendrikse and Fried Schmidt-Marlissa.

One of the frequently discussed subjects in historically informed performance practice is the pedaling of the organ works of Johann Sebastian Bach.   In her article Jolanda Zwoferink treats historical sources and recent literature on this subject.   She adds a couple of new aspects by discussing the height of the organ bench and the height of the shoe heel.

Jan Hage discusses, in the second article of three on new French organ music, the work of Éric Lebrun and Thierry Escaich, two composers who build on the music of Tournemire, Alain, the French impressionists, and Strawinsky.   Attention is also given to the work of Laurent Carle, which follows a more idiosyncratic but very distinctive path.

A century ago there was a discussion in the press on the question of whether the Cavaillé-Coll organ from the Paleis voor Volksvlijt in Amsterdam could be placed in the Concertgebouw (later the  Philharmonie) in Haarlem.   In the May issue of 1922 there was a letter to the editor from Sybrand P.H. Adema, responding to the opinion of Jan-Willem Enschedé that “only a trained French builder” would be able to erect this organ correctly.

Jan Hage reflects on the life and work Jan Welmers, who died on 7 March.

Jan Smelik, in the rubric Achterplaat {back page}, looks at the chorale book for the Evangelische Gezangen, published in 1806 by Frederik Nieuwenhuysen, organist of the Domkerk in Utrecht.