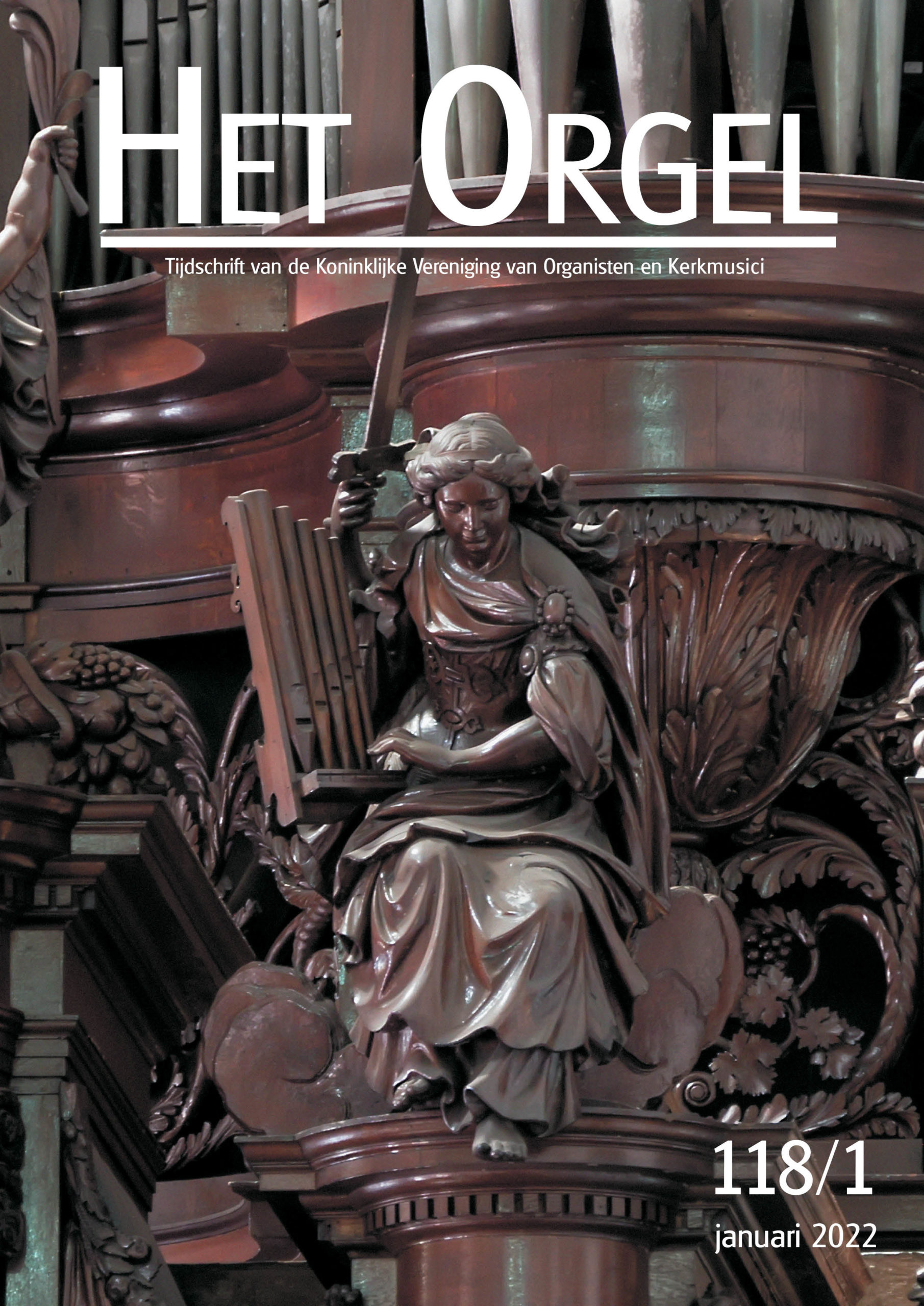 The 118th volume opens with the second and last article of ‘Developments in the style of the organ builders Smits’.  Frans Jespers describes how the generations of the Smits dynasty held to the style of Frans Smits I, drawing conclusions about their building style and how we should approach it.

In January many organists begin to think about the coming concert season.  In his column Jos van der Kooy shares advice and a number of ideas.

The French diplomat Charles-Marie Philbert was closely involved in the building of the Cavaillé-Coll organ in the Paleis voor Volksvlijt (1875) in Amsterdam.  He wrote two publications on this organ:  a brochure in Dutch and a French book.  Victor Timmer and Ton van Eck, who already in the past studied Philbert intensively, describe the intention, composition, and reception of these two publications.

There were also organ competitions on the organ in the Paleis voor Volksvlijt.  In the rubric ‘Een eeuw geleden’ {a century ago} you can read an item from Het Orgel of January, 1922, in which the editor-in-chief wrote about the competition of 23 March, 1876 in the Paleis.

On 18 November, 2021, Bert Lassing of Culemborg passed away.  He is remembered in the article by Henk Kerssen.

Since the 1980s the general opinion among organists has been that non-legato plating was the norm.  Reitze Smits, in zijn artikel ‘Overlegato’, raises some important objections, using diverse examples and sources.

Menno van Delft reviews the Sweelinck monograph that Pieter Dirksen published last year.
The issue closes with the rubric ‘Achterplaat’ {the back page}.  This year the spotlight will be on interesting objects from the Nationaal Orgelmuseum Elburg.  The first in the series has been written by Maarten Seijbel, the founder of the museum.  He addresses the collection of postage stamps in the museum.