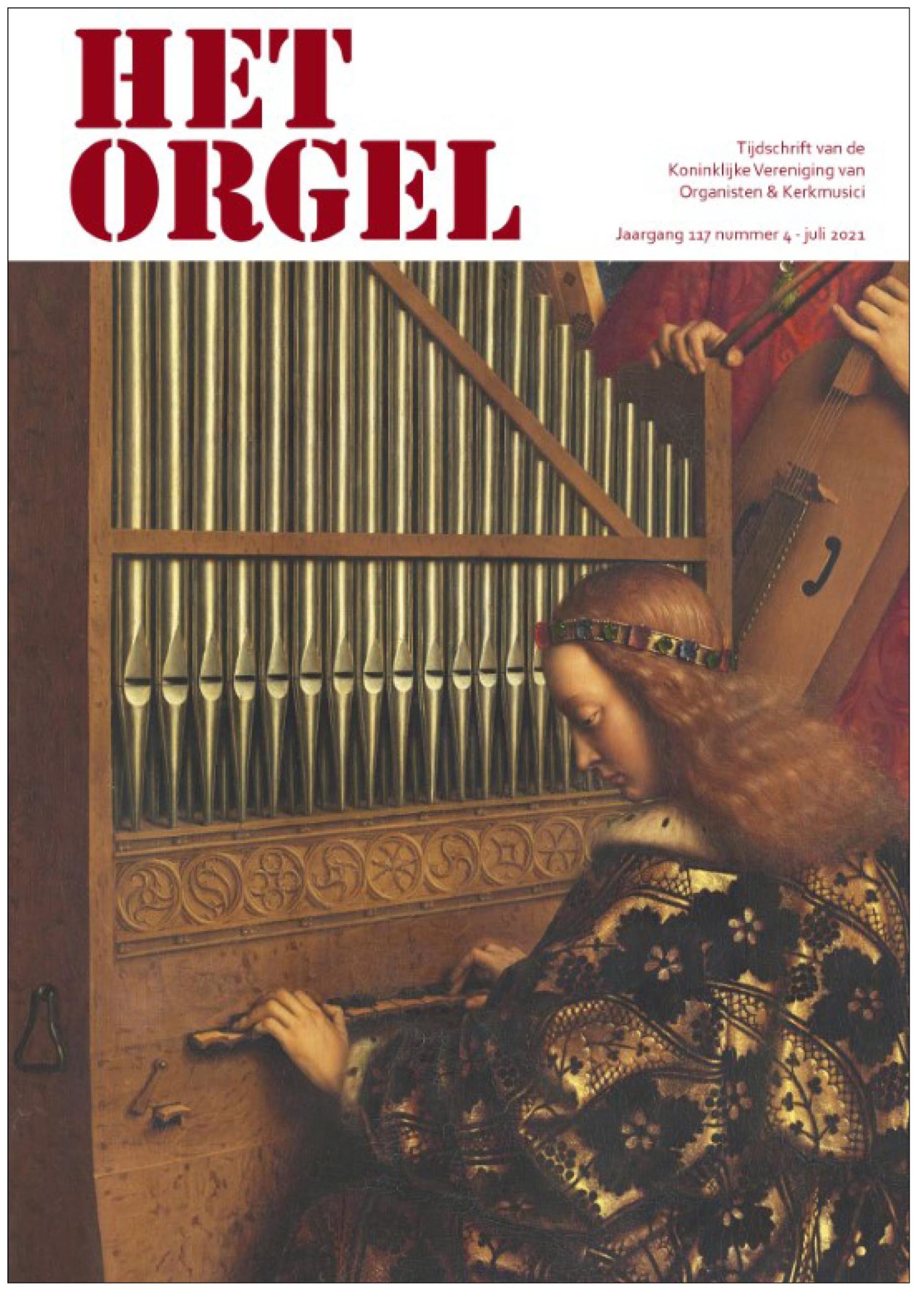 The July issue of Het ORGEL opens with the conclusion of the article ‘Orgel midden in de stad’ (Organ in the middle of the town), a 2-part article on the 50-year-old organ in the Rotterdam concert hall De Doelen.    This part discusses how Keijzer organized series of concerts with works of North-German baroque masters and the organ works of César Franck.  After this, Geert Bierling presented the organ with his ‘Concerts populaires’, with organ arrangements, and continues with series of Bach- and Händel-concerts.   The article concludes with a comparison of the two periods in the history of the organ.

The archives of the (Koninklijke) Nederlandse Organisten Vereniging {[Royal] Dutch Organists’ Association} are located in the Nationaal Archief in Den Haag.   Now and then documents emerge from private archives which are added to the NOV archives.   Recently two interesting notebooks from the early years of the Association were discovered.  Hans Beek,  secretary of the KVOK, describes these documents.

Since 2017 the Nationaal Orgelmuseum in Elburg has a reconstruction of the positive that is pictured on ‘The adoration of the Lamb of God’ (1432), by the brothers Hubert and Jan van Eyck in the St. Baafs cathedral in Gent.  Wim S.  Ros has written an article about the positive, comparing it with other positives and with the recent reconstruction.  The realistic depiction of the positive on the altar is the oldest organ in the Netherlands of which we have an accurate picture.

On 31 May, 1971- 50 years ago – Marcel Dupré died.  Jos van der Kooy honors in his column this organist/composer, whose artistic heritage continues to inspire.

The College of Organ Dutch Consultants {Het College van Orgeladviseurs Nederland (CvON)} introduced for its members a new code of behavior, which is also important for churches that involve a CvON-member in an organ-building project, whether it be a new instrument or a restoration.   Robert Helder studied this code of behavior and made some critical remarks.  He also considers the future demands on an organ consultant.

In recent months the organ world lost Hans van Os at the age of 95, Liuwe Tamminga (67), and Hugo Bakker (35).  Their lives and works are remembered and honored by (respectively) Gerrit Hoving, Peter van Dijk, and Jan Hage.

Victor Timmer reviews the ‘Festschrift’ that appeared last year on the occasion of the 80th birthday of the organ builder Bernhardt Edskes.

In the rubric ‘De Achterplaat’ {the back page} of Frits Zwart, the spotlight is directed to Marinus van ’t Kruijs (1861-1919), who was for a long period organist of the Grote Kerk in Rotterdam, and one of the founders of the Nederlandse Organisten Vereniging.