In the recent number 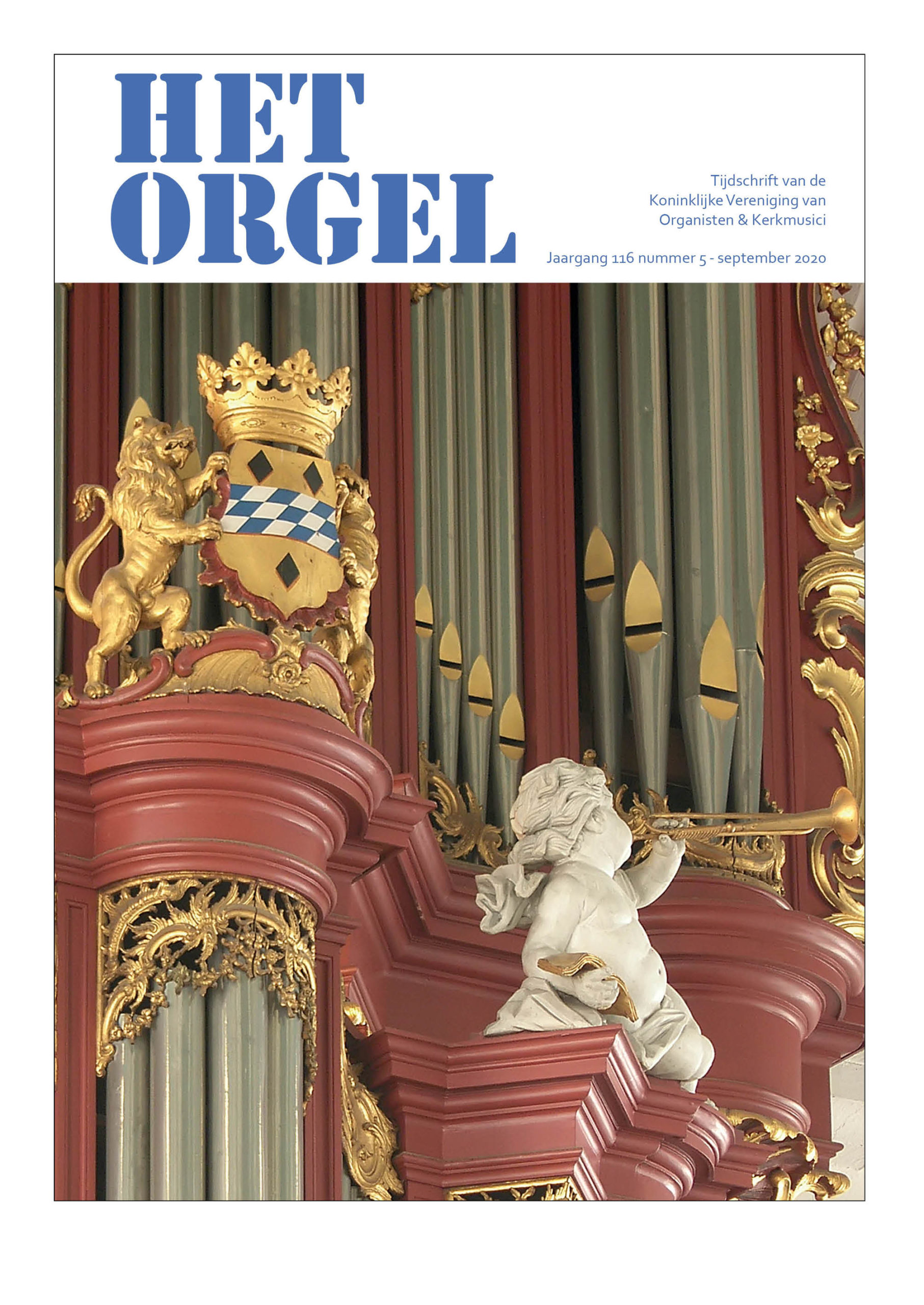 Albert Clement opens number 5 van vol. 116 (2020) with part 2 of his trilogy on Dutch organists of the school of Felix Mendelssohn Bartholdy.   This part is about Dutch students at the conservatory in Leipzig in 1843-1847, among them Jan Albert van Eijken.  Clement describes how pupils of Mendelssohn Bartholdy were important for renewed interest in the organ and for the (organ) music of Johann Sebastian Bach.
Auke H. Vlagsma describes in his series on French renaissance organ cases the organ in l’Église Notre-Dame in Caudebec-en-Caux, Seine-Maritime.
In 2018/2019 the organ makers Gebr. van Vulpen (Utrecht) carried out an extensive restoration of the J.H.H. Bätz-orgel (1768) in the Petruskerk in Woerden.  Peter van Dijk, the consultant, provides not only an overview of the organ’s history, but also discusses the recent restoration and the choices that were made.
The ‘Ciaconna in e’ of Dieterich Buxtehude is too short, according to Reitze Smits.  His article discusses the number of variations in works with ostinato basses in the 17th and 18th centuries in Germany.
The Hersteld Hervormde Gemeente (Bethelkerk) of Lunteren inaugurated its new J.L. van den Heuvel organ 9 months ago.  Bert de Hertog visited the instrument, describes the concept, discusses various aspects with the builders, and gives an impression of the sound.
Exactly 100 years ago Het ORGEL published a complaint to the church authorities (aanklacht tegen de overheden der kerk).  The column ‘Een eeuw geleden’ presents a lengthy quotation, in which Corn. Immig, Jr., fulminated against the fees paid by protestant and catholic churches.
Last December Wim S. Ros earned his Ph.D. with a dissertation on the architecture and the design of the organ in the 15th century, a subject about which almost no research has been done.  Auke H. Vlagsma reviews the voluminous dissertation ‘Fundamentum organisandi’, using plates from the book.
Sietze de Vries reviews ‘The English Organ’, a multi-media production by Fugue State Films, which consists of 4 dvds and 3 cds covering 33 organs on 3 continents.
The Netherlands could not be considered generous in putting up monuments for famous Dutch musicians.  Frits Zwart, in his column De Achterplaat (the back page), directs our attention to an exception:  the monument for Richard Hol in Den Haag.