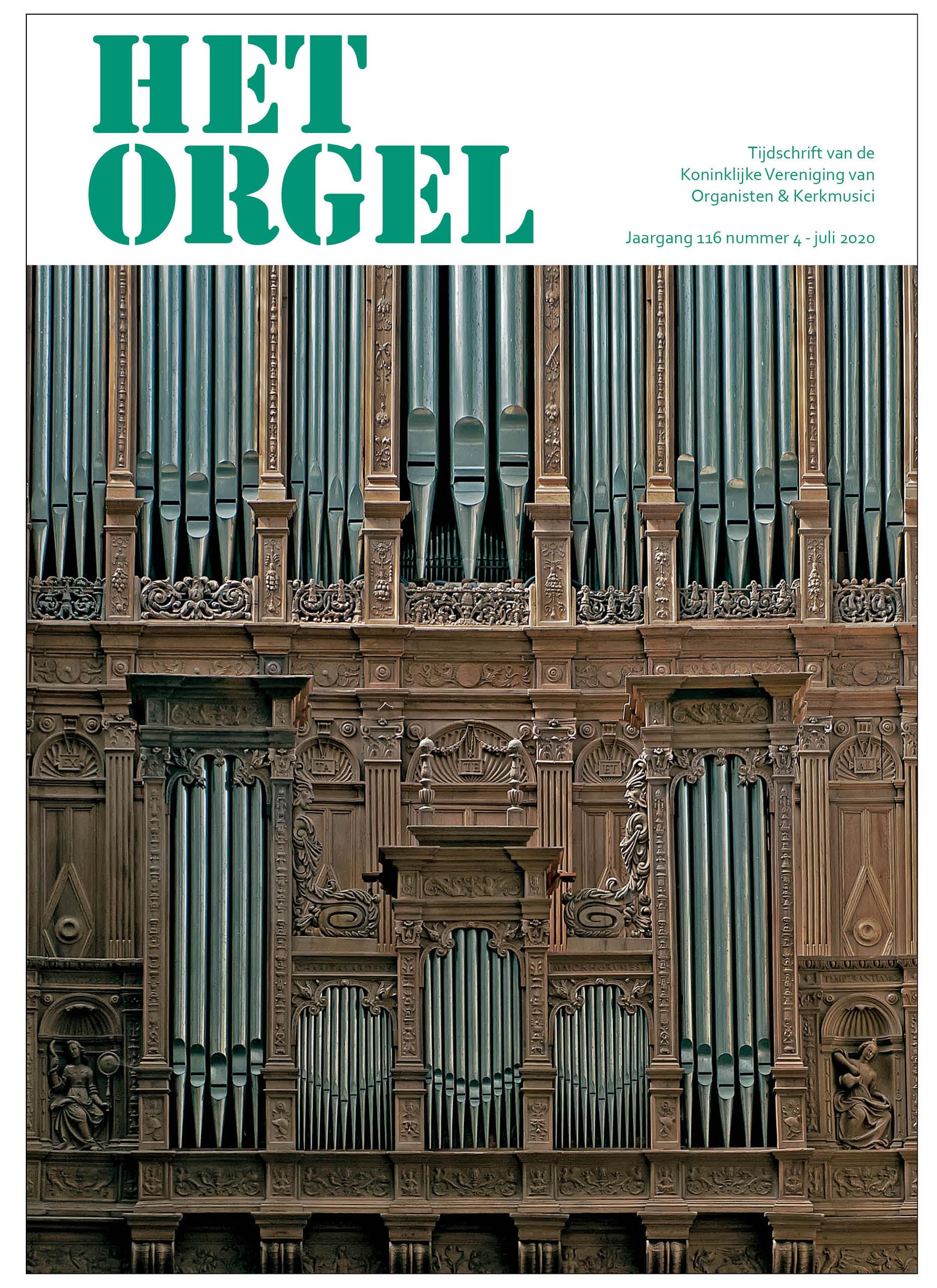 The July issue opens with the first part of a series on Dutch organists from the School of Felix Mendelssohn Bartholdy. In this introductory article the author, Albert Clement, discusses the founding of the conservatory in Leipzig by Mendelssohn Bartholdy, and the first contacts between him and musicians from the Netherlands.
Frans Brouwer portrays in the series ‘The voicer’ the person and the work of Frits Elshout, who worked for Flentrop Orgelbouw for 48 years. He’s a voicer in heart and soul, whose inspiration comes not only from the organ. His development, his opinion on tone production and his enthusiasm for a few special projects are discussed.
The article in the series ‘French renaissance façades’ by Auke H. Vlagsma deals with the organ in the Cathédrale Saint-Julien in Le Mans, Sarthe (Pays de la Loire).
Het ORGEL regularly publishes information on organs of the Bätz family. In this issue Bert den Hertog interviews three players of Bätz organs: Sander van den Houten (Evangelisch Lutherse Kerk, Den Haag), Matthias Havinga (Ronde Lutherse Kerk, Amsterdam) and Jan Hage (Domkerk, Utrecht). The interview discusses choices made when restoring organs, characteristics of the ‘Bätz sound’, and how the organs are used in current practice.
Mannes Hofsink commemorates Nico Verrips (1929-2020), who died on 18 April, 2020, and who was cantor-organist of the Grote or Mariakerk in Meppel for nearly half a century.
‘Psalmen voor orgel’ by Cor Kee, originally published between 1939 and 1948 in 3 volumes, have recently been republished. The editor, Lourens Stuifbergen, describes the place of these psalm compositions within the oeuvre of Cor Kee. He also discusses their modality, their polyphony and harmony, structure, cantus firmus, text portrayal, and registration.
Pieter van Dijk served as consultant for the Nationaal Muziekinstrumenten Fonds (NMF) [National Musical Instrument Fund] for the building of an Italian organ commissioned by the Fonds. He describes the genesis of this instrument, which was built by the firm of Klop from Garderen. The organ was designed as a baroque ‘organo di legno’ [with only wooden pipes], and was specially built to function as continuo instrument for the vocal works of Monteverdi.
Jaap Jan Steensma reviews the book “Orgelbouw na 1945 in Friese kerken. Van vernieuwing naar traditie?” [Organ building after 1945 in Frisian churches. From renewal to tradition?] by Theo Jellema.
In his column ‘De Achterplaat’ [the back page] Frits Zwart draws the readers’ attention to the organist Govert Dorrenboom (1850-1942), who was of great significance for the musical life of Breda.