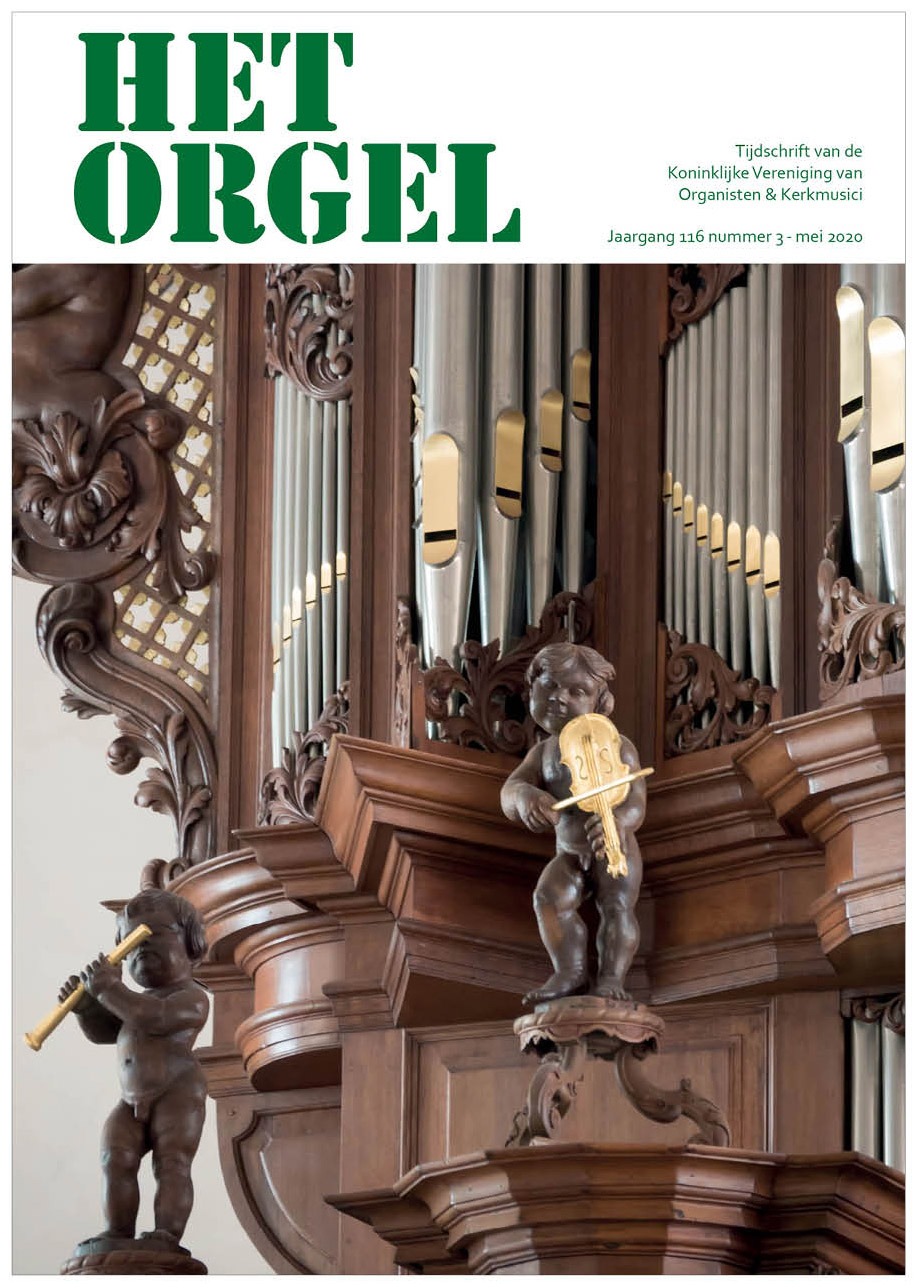 Cees van der Poel visited the organ in the Nicolaïkerk in Appingedam. He describes the long and rich history of the instrument and discusses the restoration completed in September, 2017.
In the third article in the series ‘French renaissance fronts’ Auke H. Vlagsma calls attention to the organ front in La Cathédrale Saint-Alain in Lavaur, Tarn (Midi-Pyrénées).
There are several versions of Bach’s ‘Die Kunst der Fuge’. The first version consisted of 12 pieces and is extant in an autograph. Jan van Biezen argues in his article that Bach attempted with these 12 pieces to interpret the articles of the Nicene-Constantinopolitan Creed in music.
In his series ‘The voicer’ Frans Brouwer offers in part 3 a portrait of Jan Koelewijn, voicer with Orgelmakerij Reil and organ maker for more than 40 years.
Arjen Leistra remembers Jan J. van den Berg who passed away on 21 February at the age of 90.
Although England withdrew from the European Union this year, Auke H. Vlagsma draws our attention to an organ maker who connected the European continent with England: Barent Smit, organ builder in Hoorn and England.