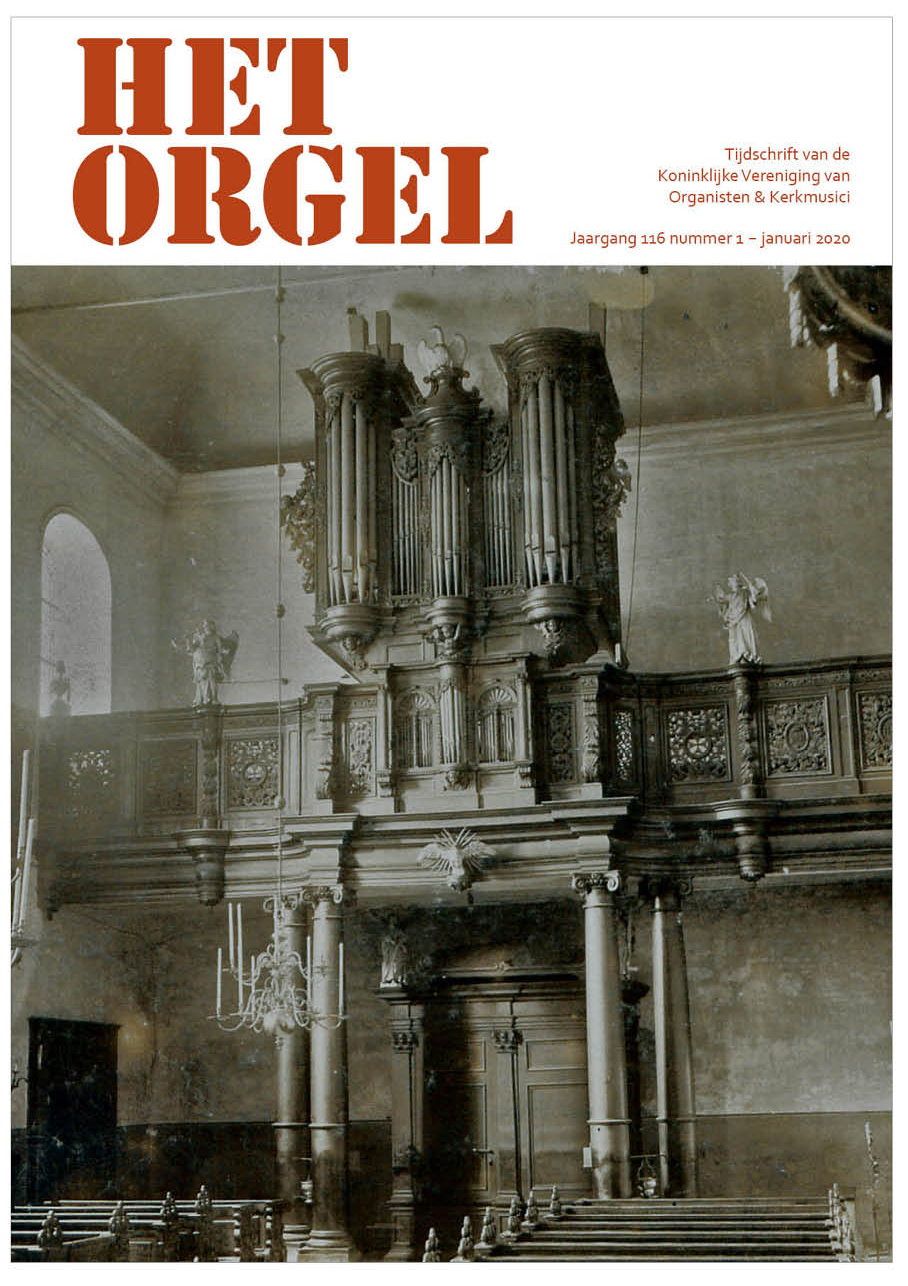 The first issue of vol. 116 (2020) opens with the final article in the series ‘Orgelgebruik in de protestantse kerkdienst tussen 1886 en 1938’ {The use of the organ in protestant church services between 1886 and 1938}.  The author, Jan Smelik, discusses the significance of (organ)music in the liturgy.  To what degree were wishes for improvement of organ playing, as expressed in Het Orgel, inspired by the protestant Liturgical Movement? Did the journal and the N.O.V. play a role in the liturgical and church-musical reflection in the protestant church around 1900?

Auke H. Vlagsma starts a series on ‘Franse renaissancefronten’ {French renaissance prospects}.  The first article discusses the organ in Église Saint-Chaffre, in Le Monastier-sur-Gazeille (Haute-Loire).
Klaas Hoek wrote his dissertation last year on ‘Design use of sound and volume.  The performance of Bach’s Johannes passion approached as an autonomous æsthetical phenomenon.’  Because his research is also important for organ music and performance, he wrote an article at the request of the editor in which he applies the results of his dissertation to making music on the organ.
Lawyer-organist Harrie den Besten wrote ‘The volunteer organist:  a gift of God or somebody with an employment contract?  And does the organist have a right to a vacation?’  Is a volunteer’s agreement not legally an employment contract?
Frans Jespers studied the work of the organ makers Brammertz and Gilman in the Netherlands and how their instruments were used.  Recent research sheds new light on the activities and significance of these masters from Kornelimünster.  The first article discusses the history of these builders and their works.
In the first issue of the volume a new series starts with portraits of voicers.  Frans Brouwer begins the series with a portrait builder/voicer Olav Oussoren, who contributed significantly from the 70s on to the success of the Danish firm Marcussen & Søn.
Tjeerd van der Ploeg reviews the new 3-volume Bärenreiter edition with organ music of Joan Cabanilles.  Piet van der Steen reviews the first volume of the new Bärenreiter edition with organ works of César Franck.  He discusses earlier editions of Franck’s organ music as well.
In the rubric ‘De Achterplaat’ {the back page} Frits Zwart writes about a compliment from Franz Liszt for an organ work of Samuël de Lange, Jr. 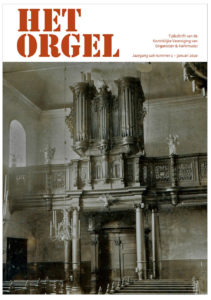