The use of the organ in protestant church services between 1886 and 1938. Part 5: the position of the organist 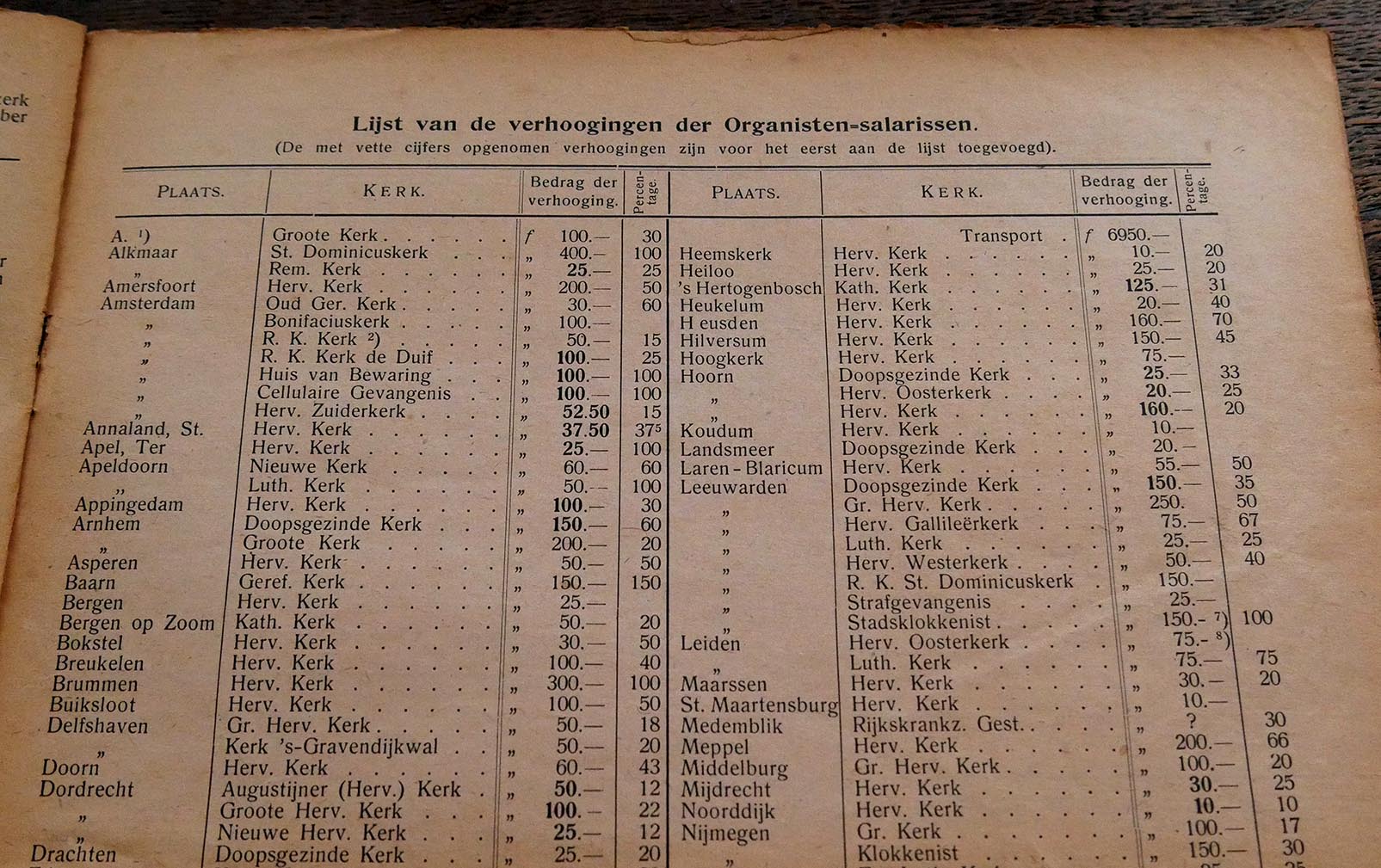 In this part of the series on the use of the organ in protestant church services between 1886 and 1938, the position of the organist is discussed. De Nederlandsche Organisten Vereeniging (Dutch Association of Organists) was established in 1890 to be a social-financial safety net for ailing organists. In the 1890s this organization and Het Orgel gave attention as well to the financial situation of not-ailing organists. The idea was that improvement of the quality of organists was inseparable from good remuneration. The organization worked toward a future in which only sufficiently qualified organists would be hired. To this end a system of diplomas and certificates was developed. Church trustees were urged to hire only organists who had at least a certificate.

Additionally it was to be made clear to religious leaders that an organist had to be paid for his work, also because it would then be possible to make greater demands on him. If the churches were to demand a certificate or diploma, and couple this to an appropriate salary, this would stimulate organists to further develop their playing. This was the background for the campaign that the Vereniging organized in 1914-1920 to move churches to pay their organists a (better) fee. The question of payment was mentioned after 1920 only obliquely in the columns of Het Orgel.