The Timpe organ in the Nieuwe Kerk in Groningen 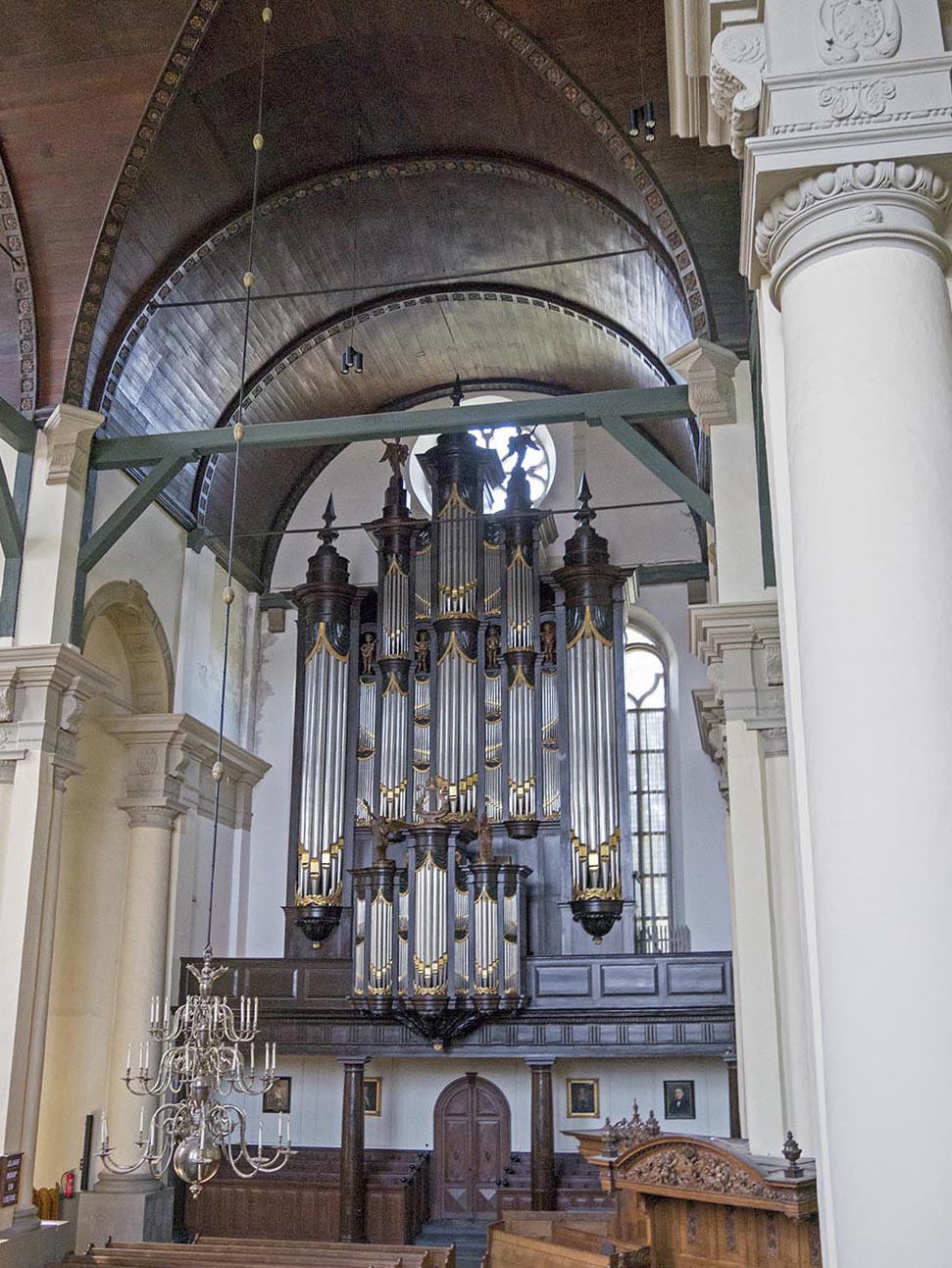 The Nieuwe- or Noorderkerk, completed in 1664, had no organ before the beginning of the 19th century. In 1828 a disposition and a front design were drawn up for the organ that was finished finally in 1831, built by Johannes Wilhelmus Timpe. As is shown in the article, the completed instrument deviated in various ways from contemporary (sound-)technical practice. Van Dijk describes the history of the organ. From 1840 to 1860 Petrus van Oeckelen worked on the organ. Between 1893 and 1943 J. Doorbos and K. Doornbos worked on the instrument.
The organ was damaged during the church restoration of 1952-3, and was scarcely playable in the 1960s. In 1976 a restoration was carried out by Leeflang Orgelbouw of Apeldoorn, largely reconstructing the situation as in 1831. Various problems arose during this restoration, making the result, both in its technical and its sounding aspects, unsatisfying.
From 2008 to 2011 the 1st phase of a new restoration was carried out by Mense Ruiter Orgelmakers; the consultant was Stef Tuinstra. The 2nd phase (2015-2018) consisted primarily in restoring the pipework and “optimalizing” the sound, plus a few technical details. This work was also carried out by Mense Ruiter Orgelmakers. Consultant for this phase was Peter van Dijk, with Wim Diepenhorst supervising for the National Heritage Service. The instrument was re-inaugurated on Friday, 15 June, 2018.