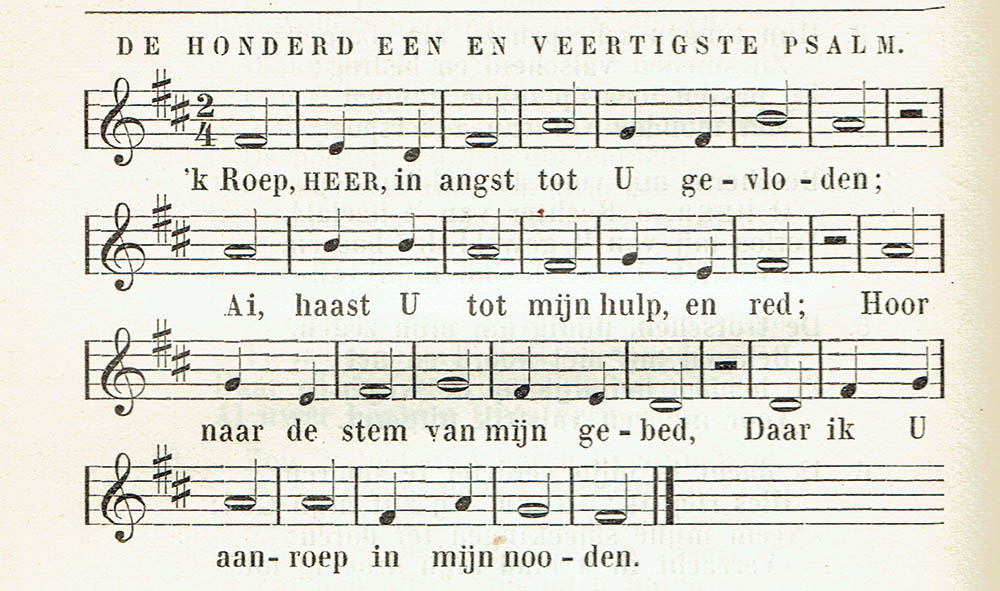 Between 1886 and 1938 the general opinion was that congregational singing in protestant churches was pretty bad. Increasingly it was thought that congregational singing would improve greatly if the church modes of the Genevan psalm melodies were to be more respected: not only the melodies but also the harmonizations used by organists. The melodies had been infected by sharps and flats that were considered incompatible with the original tonalities. Some proposed total removal of these accidentals. Others suggested accompanying the psalms with modal harmonies.
Improvement would also be achieved through what was familiarly called ‘rhythmical singing’. The melodies must no longer be sung as ‘chorales’ with all note values identical. There were lively discussions about whether congregations would be able to sing the 16th-century psalm melodies in the original rhythms. It was rather generally agreed that a conflict would then arise between the rhythm of the text and that of the melody. Others appreciated “isometric” congregational singing as a suitable expression of the religious feeling of the congregation.
The Nederlandsche Organisten Vereeniging organized the Second Organ Congress in May of 1934, in which two lectures were given on the improvement of singing: Willem Petri spoke on modality and harmonizing the psalm melodies, while Leo Mens promulgated rhythmical singing. The two lectures can be seen as the conclusion of years of discussions, with the proponents of church modes and rhythmical singing being victorious.