In the most recent issue: 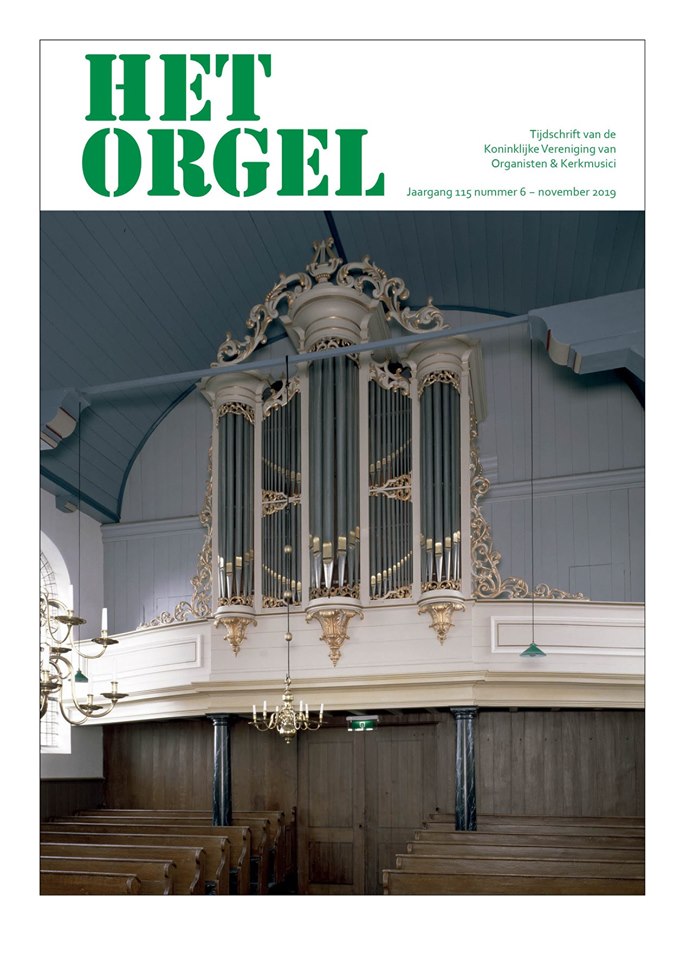 The latest issue of volume 115 (2019) opens with part 5 of the series ‘The use of the organ in protestant church services between 1886 and 1938’. The author, Jan Smelik, discusses the position of the organist in the period in question. The Dutch Association of Organists began a large-scale campaign around 1918 to improve both the position and the salary of the church organist.
Auke H. Vlagsma concludes his series on modern organ fronts with an article on the Rieger organ in St. Giles Cathedral in Edingburgh.
‘Straks klinken er echt geen orgels meer…’ {‘Pretty soon you won’t be able to hear organs any more…’} is the somber title that Hans Steketee gave his article. In it he describes a possibility which might help prevent the title from becoming a reality. In the city of Alkmaar a position has been created for an ‘orgelmentor’ {organ mentor}.   This functionary relieves the concerns of those responsible for redundant church buildings. He/she also advises about maintenance and use of the instruments.
Jan Hage publishes the final part of his series offering a musical-hermeneutic exploration of the music of Jan Zwart and Willem Mudde. In this article he zooms in on the music of Mudde, and compares it with that of Zwart. What are the differences? How can the ideals of the German church music renewal, which Mudde supported, be heard in the music that Mudde composed and propagated?
Ten years ago the Landelijke Opleiding tot Orgeladviseur (LOTO) {National Course for Organ Consultants} was initiated. Jan Smelik had a conversation with two young organ consultants who successfully completed this course: Gerrit Hoving and Jaap Jan Steensma.
At the last yearly meeting of KVOK in the Grote Kerk in Steenwijk, Jochem Schuurman performed ‘Jochen Klepper gewidmet’ by Johan G. Koers. David de Jong wrote an article about this intriguing composition.
Reitze Smits reviews voume 1 of the Handbuch Aufführungspraxis Orgel {Handbook of performance practice for the organ} by Matthias Schneider. René Verwer reviews two editions: the Festschrift Daniel Roth and the book by James Frazier on Maurice Duruflé. A recent edition of the organ works of Giacomo Puccini is reviewed by Olga de Kort.
The issue concludes with the rubric ‘De Achterplaat’ {The Back Plate}. Here Frits Zwart requests attention for a letter of Johannes Verhulst to Johannes G. Bastiaans.