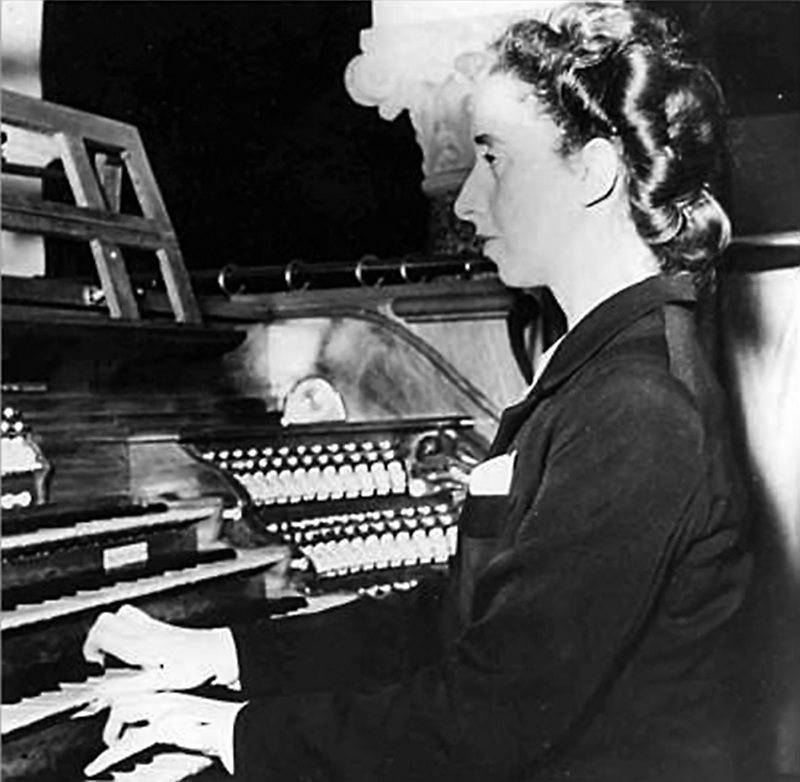 On 10 November, 2018, René Verwer gave a lecture in the St.-Nicolaas basilica in IJsselstein on the famous organist Jeanne Demessieux, who died 50 years ago. This lecture has been expanded into a 2-part article.
In the first part he begins with a discussion of her life and her relation to Marcel Dupré. Then he discusses her relationship with The Netherlands. In 1949 she performed for the first time in The Netherlands, in the Grote Kerk in Dordrecht, the Nieuwe Zuiderkerk in Rotterdam, and in the Pieterskerk in Leiden. In 1951 the first improvisation competition in Haarlem was organized. Jeanne Demessieux was one of the jury members.
In 1955 the Haarlem Summer academy was organized; in addition to her duties as jury member for the competition, Demessieux taught organ interpretation. In 1956 and 1957 she returned as docent; 1961 was the last year that she was a member of the jury.