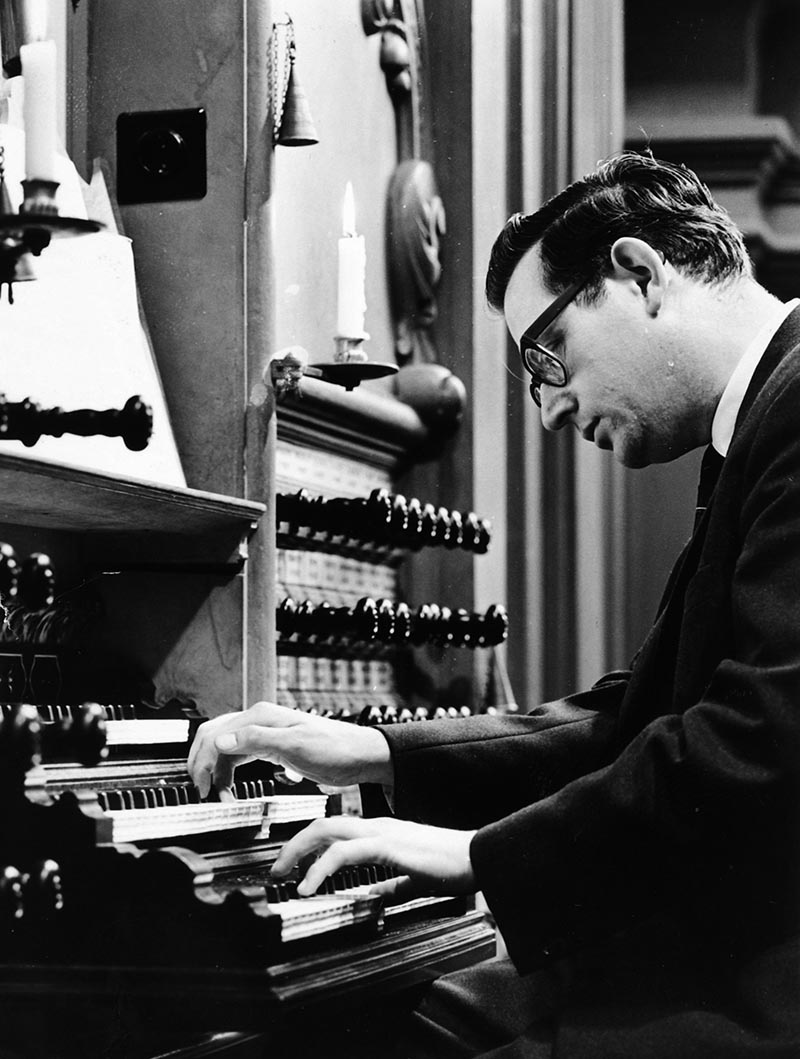 The organist and composer Piet Kee (1927-2018) passed away last year. This article discusses the influences of the German “Orgelbewegung”, Kee’s motivation, and his vision for the organ and organ playing. Finally, using a few works as examples, his stylistic traits and figures are discussed.
Piet Kee was influenced by his father Cor Kee and the German “Orgelbewegung”. Kee’s compositions show these influences as well. For example, if one compares the ‘Fantasia Sleepers awake the watchman cries / Wachet auf, ruft uns die Stimme’ (1961, published in 1964)) with ‘Den 100sten Psalm’ by Cor Kee, from Psalmen voor Orgel (1948), one finds many similarities.

The organs that were built after the war in The Netherlands according to neo-baroque principles were for Kee prime examples of good organs. Kee preferred clarity. This preference went so far that he preferred to play in dry acoustics because then people could hear everything.
Piet Kee sought in his compositions after the essence of beauty. Artistic willfulness and infinite precision, which Kee attributed to the painter Pieter Saenredam, could describe the man himself.