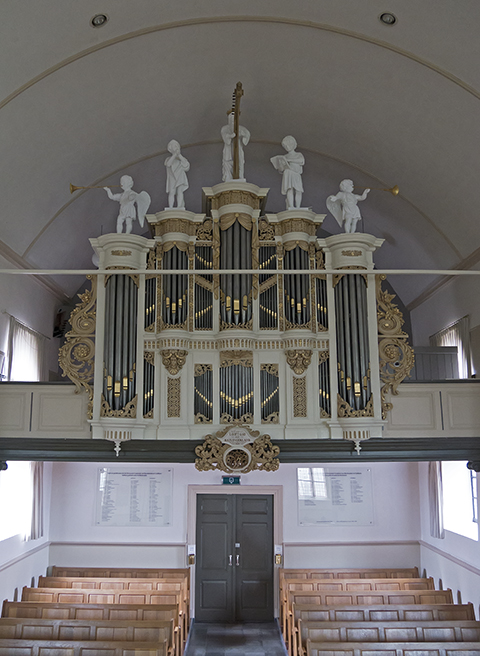 Op 12 February, 2016, the Verhofstadt organ in the Dorpskerk in IJsselmuiden was re-inaugurated following a restoration by Gebr. Van Vulpen of Utrecht. The organ was presented in word and tone by Wim Diepenhorst, who had accompanied the project for the Rijksdienst voor het Cultureel Erfgoed (National Monument Service), and by Peter van Dijk, who was the consultant for the restoration.
The organ was originally made by Matthias Verhofstadt for the Lutherse Kerk in Utrecht, and was inaugurated in January of 1717. It was maintained by the firm of Bätz. When the Lutherse Kerk bought a new Bätz organ in 1880, the Verhofstadt organ was sold to the organ maker Zwier van Dijk (Kampen), who – after drastic alterations – placed it in 1882 in a temporary church building in Genemuiden, and in 1885 in the Dorpskerk van IJsselmuiden.
In 1942 the organ maker J.C. Sanders & Zoon (Utrecht) made a proposal for repair and alterations, which were carried out in 1946.
In 1967/1968 it was restored and rebuilt by L. Verschueren c.v. (Heythuysen). In 1982 the instrument was again altered, this time by the firm of Hendriksen & Reitsma (Nunspeet).
In 2009 a decision was made to restore it, using Verhofstadt as starting point while preserving Bätz elements and usable elements from 1882, 1946 and 1968, and adding a newly designed independent pedal. The restoration was carried out between 2014 and 2016. 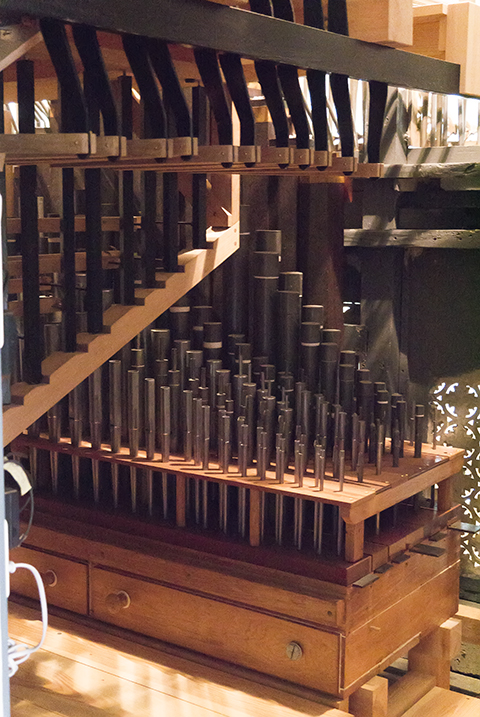