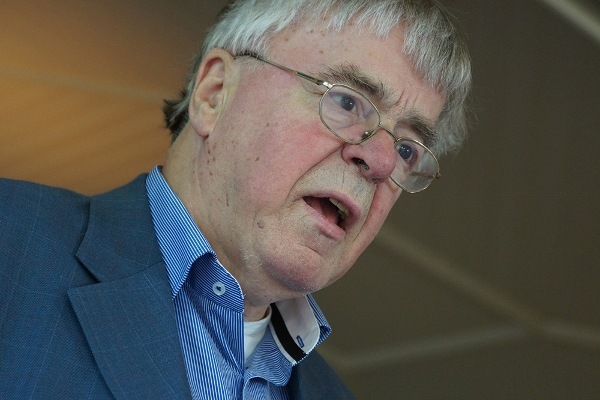 Willem Mesdag, the organist, organ teacher and carillonneur, died on Monday, 8 January. He was born on 13 August, 1930, in Uithuizermeeden. He studied at the Utrechts Conservatorium: organ with Stoffel van Viegen, piano with Wolfgang Wijdeveld, and choral conducting with Kees van Baaren. He also took a carillon course with Leen ’t Hart at the Nederlandse Beiaardschool.
After his studies he worked for a number of years as municipal carillonneur and cantor/organist in Enkhuizen. He married Geertruide Schuurman (1933-1997). In 1965 he became municipal carillonneur in Enschede and organist of the Grote Kerk there. He was also appointed to teach organ and church music at the Twents Conservatorium. From 1974 to 1987 he was chairman of the foundation “Centrum voor de Kerkzang”.
In 1987 he moved to Delden, where he was cantor/organist of the Oude Blasiuskerk until 1997. He composed various church music works. The “Liedboek : Zingen en bidden in huis en kerk” (Hymnal : sing and pray at home and at church) contains three of his melodies (Liedboek 217, 824, 829).