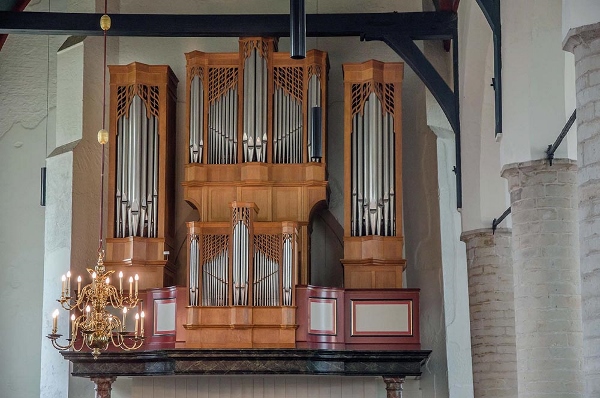 In 2016 in the Organ festival Oude-Tonge a spotlight was shone on the 50 years’ existence of the Frobenius organ. During the closing event of this organ festival on 29 October, 2016, Wim Diepenhorst, consulatnt for Sounding Instrument for the Rijksdienst voor het Cultureel Erfgoed (National Monument service), announced that the organ had been designated a national monument.
The organ enjoyed a certain fame among organists and organ lovers from the beginning. It is a unique instrument in the Dutch organ landscape, and the general opinion was and is that it is an example of organ building of the highest quality, both in construction and sound. Thus it is a valuable representative of the post-war style of organ building commonly called neo-baroque. The fact that, soon after it was built, organ building took a new, more historical, direction, has not altered the objective evaluation of the instrument, and in that regard it can stand proudly next to other organs of the period that are considered representative, such as the organ in the Nicolaïkerk in Utrecht.
This article discusses the Frobenius organ and the complex history of its realization.