Ambassador for the organ as orchestra; Interview with Iveta Apkalna by Olga de Kort 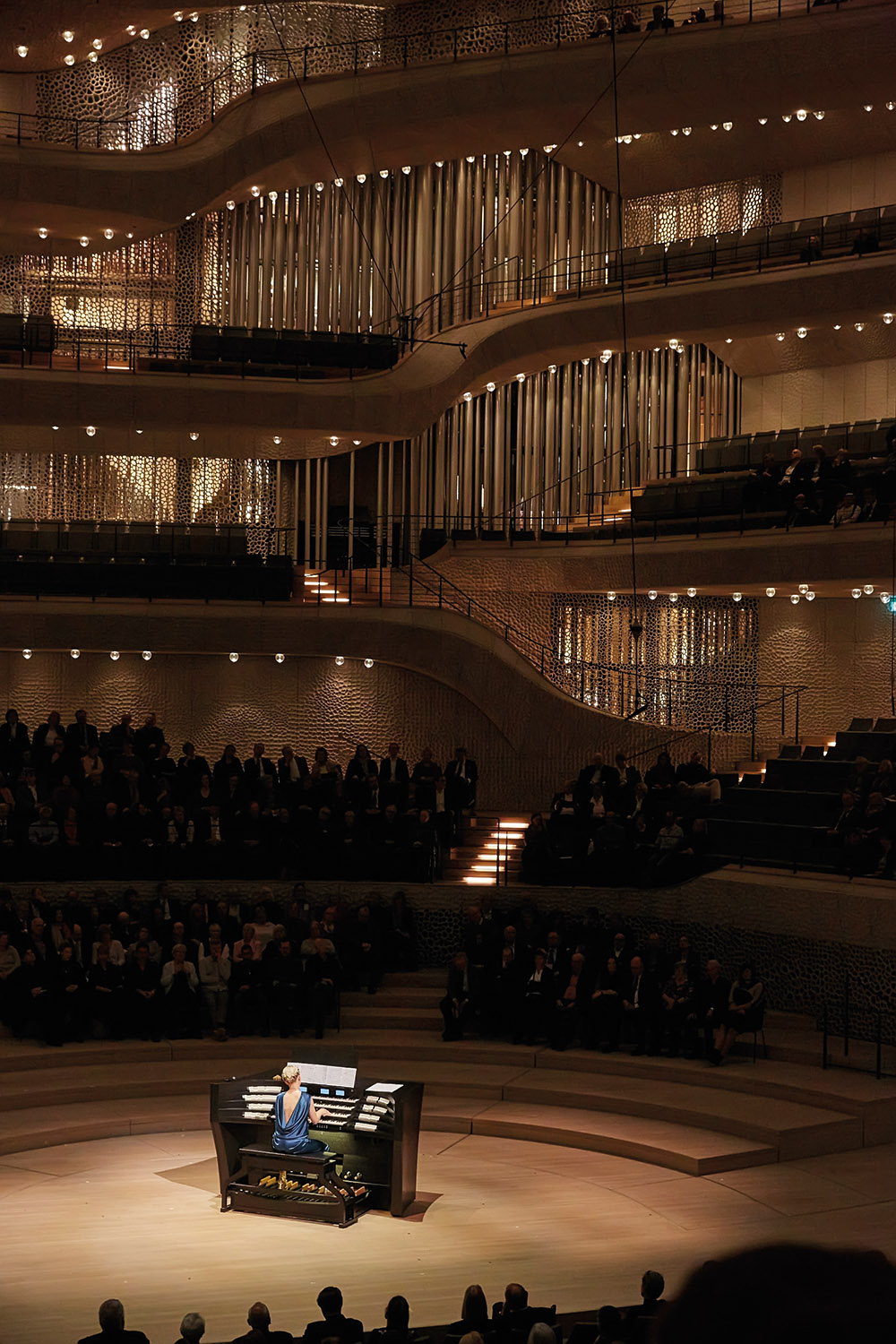 In 2017 René Verwer wrote a 4-part series on the history of the organ in the concert hall, giving an overview of the music composed for organ and orchestra in the period 1850-1950. The series was a plea for the more frequent use of (Dutch) concert-hall organs and the unjustly neglected repertoire for organ and orchestra.
In the final article he discussed the new Klais organ in the Elb-philharmonie in Hamburg. The titular organist of the hall, the Lithuanian Iveta Apkalna, tries to put concert-hall organs in the spotlight during her concerts by treating them as an orchestra, and by soliciting attention for unfamiliar and new repertoire. She made her debut in Amsterdam last October with the Concertgebouworkest in the Dutch première of ‘Multiversum’ by Peter Eötvös. Between rehearsals she found time to talk about organs, organ programs, and the significance of being a concert-hall organist.