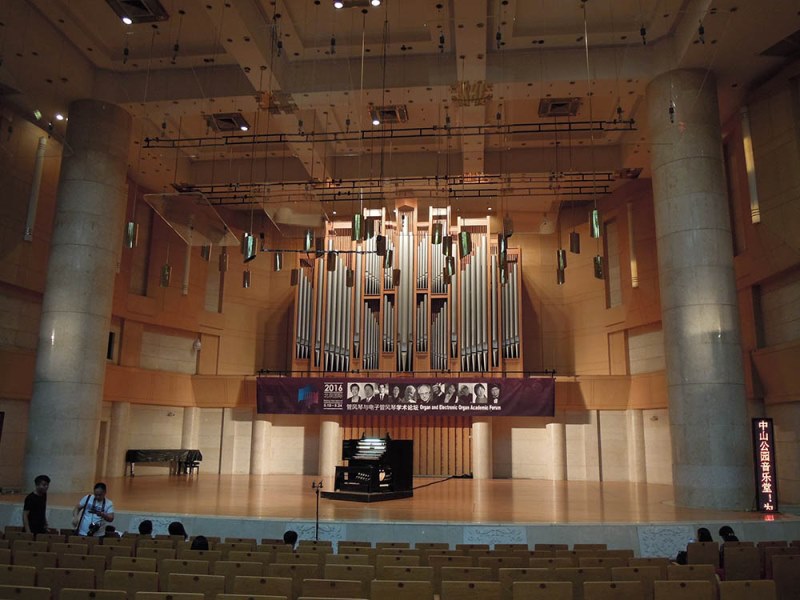 You meet a lot of surprises if you study China’s organ culture. One example: on the island of Gulangyu, on China’s south-eastern coast, part of the city of Xiamen, across from Taiwan, is found the largest organ museum in the world, the Gulangyu Organ Museum. Established in 2005, the museum has more than 100 organs, mostly imported from the West, including a large 3-manual instrument from 1909 by the English firm Norman & Beard.
This sort of initiative is however in strong contrast with the fact that in all of China – population of 1,373,639,072 – there are presently 15 professional organists. The prospects for organists are not large.
Chinese musical instruction, as far as Western classical music is concerned, seems to be directed primarily toward having the pupil imitate the teacher, who was usually trained in the West, as well as possible. Individual artistic growth is not stimulated, and the focus is almost solely on flawless technique.
Digital electronic organs are very popular in China, even in the absence of church organs. This popularity fits perfectly with the observation that Asians desire to “imitate” Western culture.
Chinese organ culture has the potential to grow. The new organ culture in the Far East can enrich the western organ world, and maybe even provide necessary new impulses. 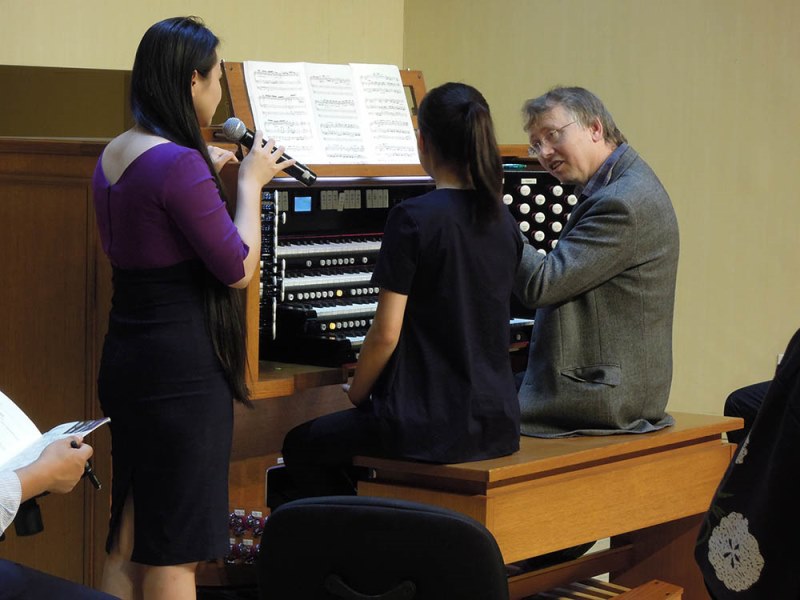