Reger in “Het Orgel”; a contribution to the reception history of Max Reger in the Netherlands by Jan Smelik 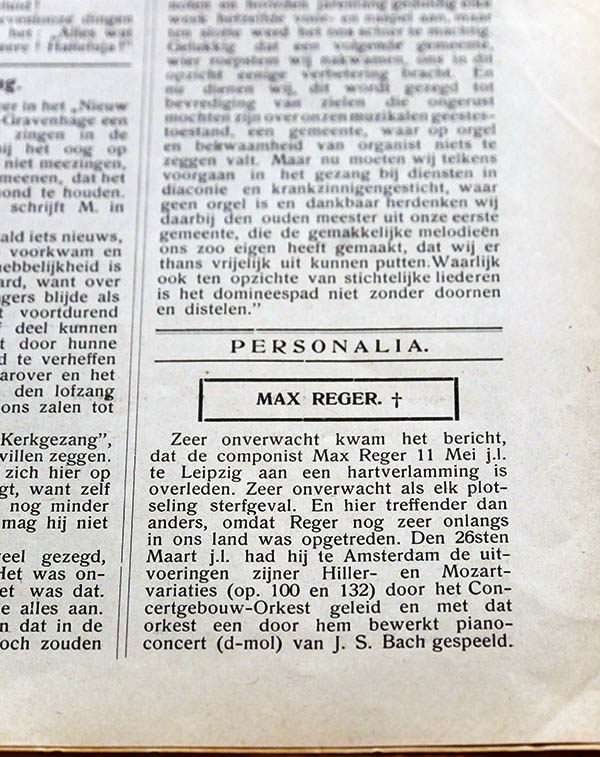 The first issue of Het Orgel appeared in March, 1886. Also in that month Max Reger celebrated his 13th birthday. He was then – until July 1886 – a pupil at the Royal Realschule in Weiden. Two years later he made his first attempts at composition. His first works for organ were published only in 1892: the Drei Stücke’ (opus 7), dedicated to the Dutch organist-composer Samuel de Lange Jr. (1840-1911).
Starting about 1905, the Netherlands made acquaintance with the extensive and varied oeuvre of Reger. His (organ) works were also discussed in Het Orgel, though not extensively. The articles that appeared in this journal in the first half of the 20th century provide an insight into the reception of Reger’s music in the Netherlands. There were admirers and also outspoken opponents of Reger and his music. The journal also published discussions of performance issues in Reger’s organ music. In this category Hennie Schouten published a letter in 1939 that he had received from Karl Straube.