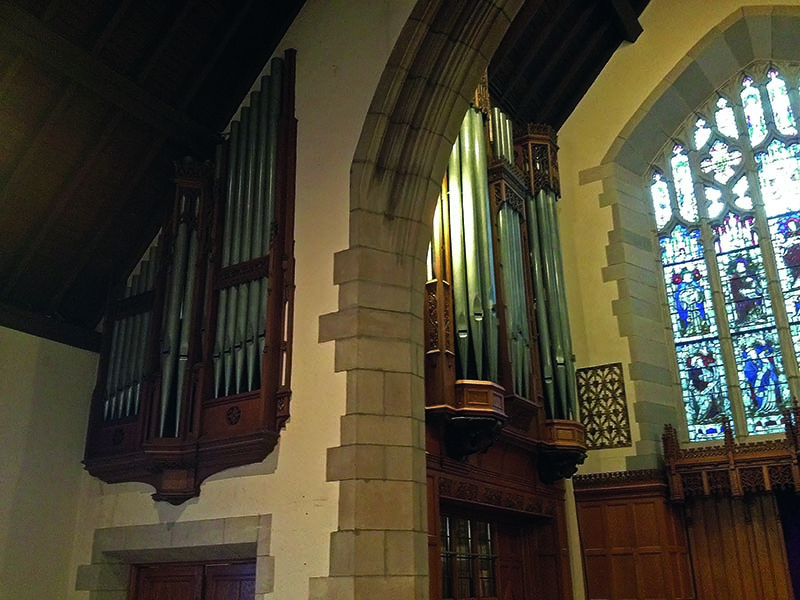 For the first time in the history of the oldest still operating organ building company in The Netherlands, Adema’s Kerkorgelbouw made an organ for a church in America last year, in the Huguenot Memorial Church in Pelham, just north of New York City. The new organ replaces a neo-baroque instrument that was made by Gress-Miles in 1963, and that contained pipework from its predecessor, originally a large Skinner house organ from 1929 (op. 798, with 19 sounding stops on 3 manuals and pedal). The Gress-Miles organ had been in bad condition for several years, though the quality of some of the Skinner registers could still be heard.
It was soon decided not to repair the organ, but to look for another instrument, still retaining some of the Skinner registers. An organ was bought from Adema’s Kerkorgelbouw, which had originally been built by Hele & Co, also known under the name Hele & Son, in 1901, and enlarged by Henry Willis & Sons in 1950: about 30 stops on 2 manuals and pedal. This instrument was provided with a 3rd manual: an organ by Ingram of ca. 1875, also in Adema’s shop, that was a good stylistic match for the Hele/Willis organ and offered a substantial enrichment, could with some alterations serve as a Choir division. 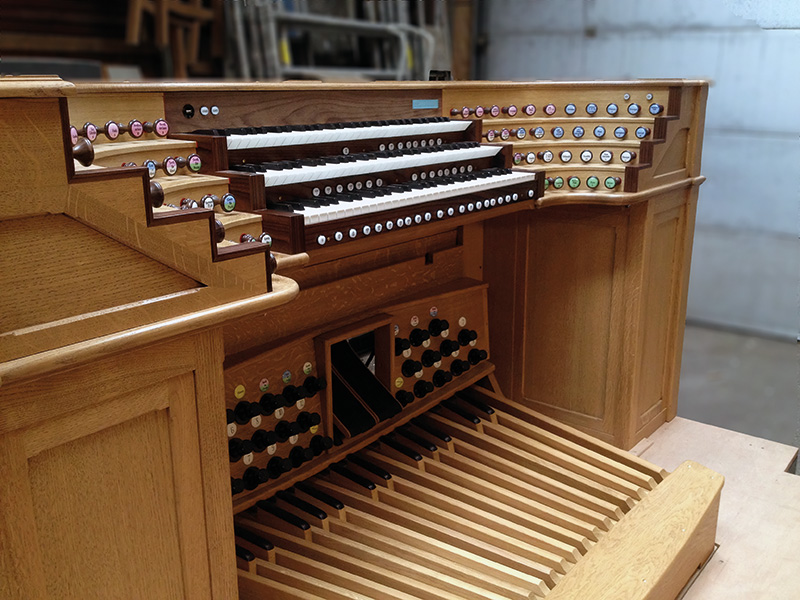