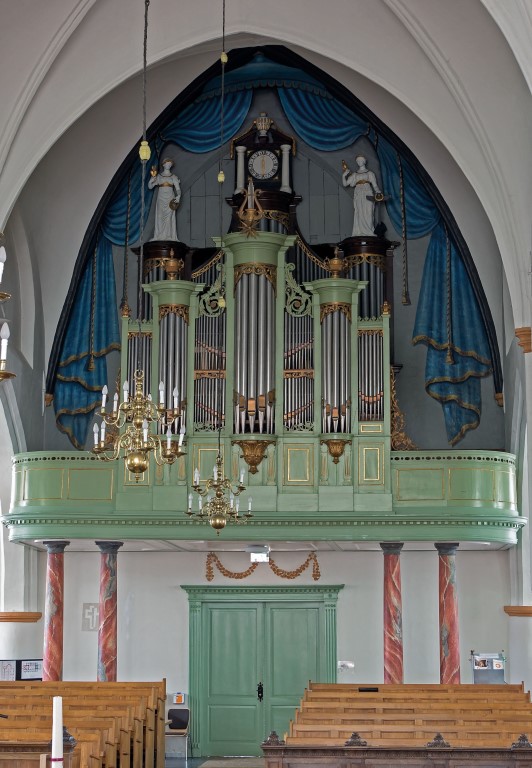 On Thursday, 24 September, 2015, the organ in the Grote Kerk in Dalfsen was officially reïnaugurated after a restoration. The restoration by Gebr. Van Vulpen, orgelmakers b.v. in Utrecht, was begun on 2 June, 2014, and was concluded with the delivery of the instrument on 17 September, 2015. Aart van Beek of Balkbrug was the consultant for this project, with Wim Diepenhorst as adviser for the Rijksdienst voor het Cultureel Erfgoed [National monument service] in Amersfoort. After the first organ in the Grote Kerk in Dalfsen, a 4’ instrument by Scheuer from 1808, had been dismantled in 1930, the enlarged balcony became the new home of the instrument that Johann Heinrich Holtgräve had built in 1841 for the church in Hengelo. This organ had been repaired in 1878 and 1893. In 1966 the Fa. Hendriksen & Reitsma of Nunspeet restored, altered, and enlarged it. Not only the disposition but also the layout was changed.
The preparation for the recent restoration began in 2001. The restoration was occasioned on one hand by the need to repair the mechanical parts of the organ. On the other hand, correction/repair of the sound was badly needed. The goal of the last restoration was to return as nearly as possible to the mechanical and tonal concept of 1893. For various practical and financial reasons the situation of 1893 could not entirely be reconstructed. 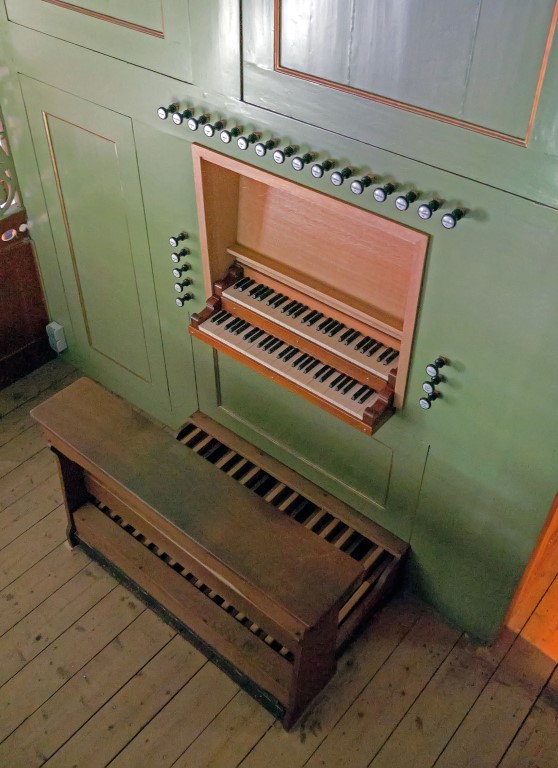