Over-sliders in past and present (02) by Jaap den Hertog†, Winold van der Putten and Victor Timmer 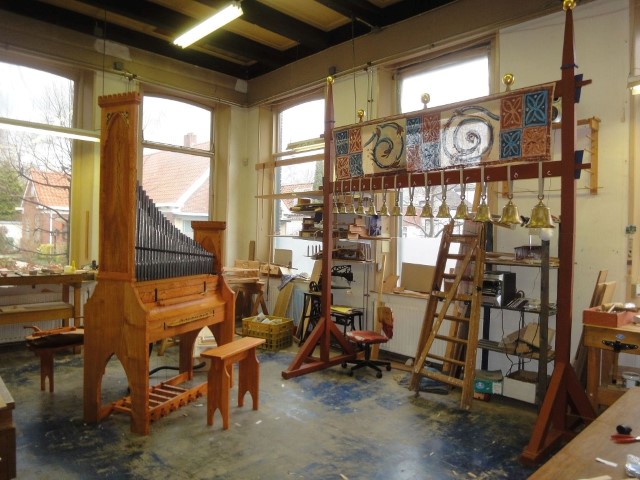 The use of over-sliders has not been investigated very much in organ building history. Windchests with over-sliders are usually considered a traditional form between blokwerk, springchest, and the slider chests known today. Nevertheless, up to the middle of the 17th century windchests with over-sliders were still being built. About the questions of how generally this system was used and where in Europe it was used not much is known, aside from a few examples.
In the first part of this study Jaap den Hertog discusses this system as it was formerly found in Bartenstein (now Bartoszyce, PL), probably from the end of the 15th century. Then he discusses the extant remains of this system from the middle of the 17th century in Zeerijp (NL), which were the basis of a reconstruction there by Bernhardt Edskes and S.F. Blank, and also were used by them several years later in a new organ in Basel (choir organ in the Predigerkirche). It is possible that the organ in Zeerijp was not the only instrument in the province of Groningen with such windchests. According to Gerardus Havingha, there were at one time over-sliders in the Grote Kerk in Alkmaar as well. The reaction of contemporaries (Havingha en Veldcamps) is discussed, also in comparison with the use of springchests.
In the second part of the article, the organ maker Winold van der Putten describes his experiences with the construction of organs as gothic style-copies using over-sliders, hollowed-out pallets, and pipework with a constant (“pigeon’s egg”) diameter. In an evaluation – now that in Zeerijp and Basel the over-slider system has functioned more than 30 years without problems – possible advantages and disadvantages of the system are discussed and also the practical possibilities of the above-mentioned other ancient elements in new organs, using the experiences of several players of these instruments. Experiences with larger (church)organs and the smaller instruments of Van der Putten are discussed. There is also a reference to a recent church organ of Orgelmakerij Reil with over-sliders in the Klosterkirche in Pulgarn (Auistria). And there appears to have been an ‘invention’ in the first half of the 20th century in Switzerland of a variant on the over-slider, which might best be described as ‘side-slider’. (See the pdf-file with the complete patent). 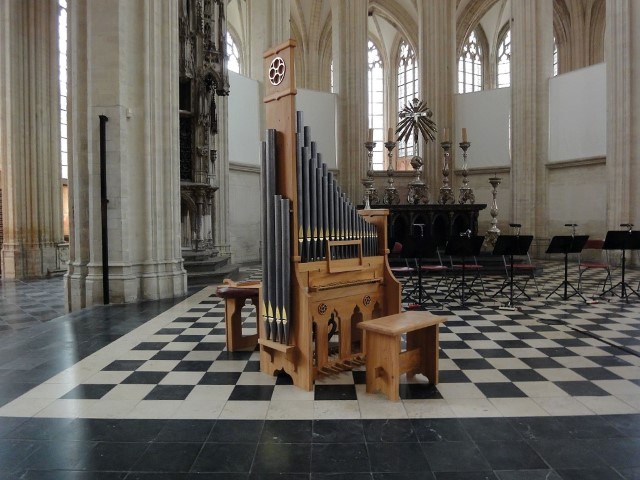 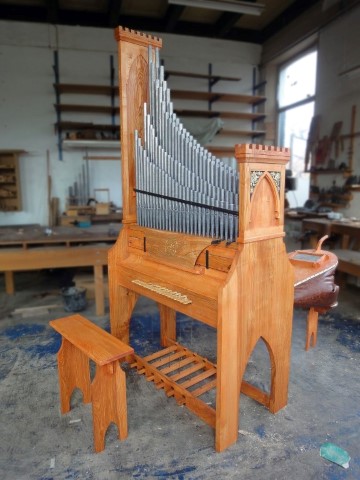 Second “duivenei”-organ in the workshop in Finsterwolde. To the right the carillon of the Theophilus-organ