The restauration of the organ in the St.-Maartenskerk in Hallum by Sietze de Vries 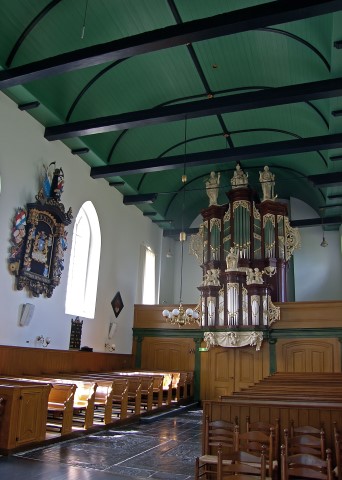 In 1811 Albertus van Gruisen provided a new organ for the St.-Maartenskerk in Hallum (Friesland). The instrument had 22 voices divided between Hoofdwerk and Rugpositief. The façade still has many characteristics of Hinsz façades, but there are also differences such as the line of the mouths in the middle and side flats. In 1871 Willem Hardorff made substantial changes to the organ. Among the changes were a new independent pedal with four stops and replacement of the four wedge-shaped bellows by a reservoir. At the beginning of the 20th century the firm of Van Dam en Bakker & Timmenga made more changes, including alterations to the composition of the mixtures and replacement of several registers.
The result was an amorphous instrument, that in the 2nd half of the 20th century became more and more unreliable. In a report from 1983 Jan Jongepier observed: “Het instrument can only manifest itself completely, if all its parts have a harmonious relationship to each other.” That became the goal of the restoration that was completed in 2014 by the firm of Bakker & Timmenga.
The discussion of this restoration leads to the conclusion that the work of Bakker & Timmenga even in the smallest details shows a great love for the instrument. Historical material has been treated with great care, and repairs and reconstructions have been carried out in an appropriate style. 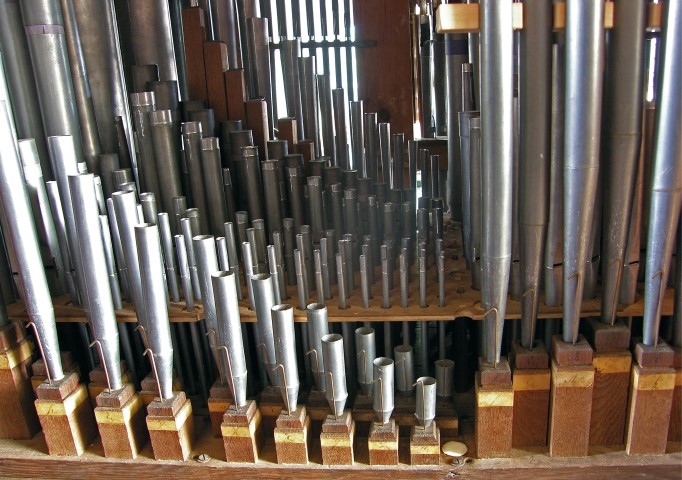