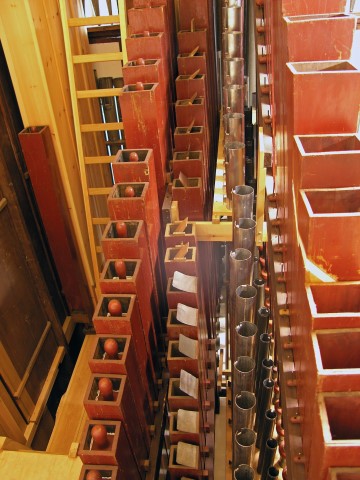 Summary part 1
A report compiled in 2002 was the start of a restoration project that was completed in 2014. After 2007 it became clear that the church would also be restored, and that the organ restoration could be included in the application for subsidy for the church restoration. A restoration plan was drawn up, with reconstruction of the original layout as goal. In 2011 bids for the project were solicited; the commission was given to Gebr. Van Vulpen of Utrecht. In January 2012 the whole instrument, including the case, was dismantled and in the summer of 2012 the work began.
In the course of the restoration there were some unexpected discoveries: a number of wooden pipes was so seriously damaged by woodworm that replacing them was unfortunately inevitable. Since all the wooden pipes were painted, it had not been possible to assess the extent of the damage earlier. An even bigger disappointment was the condition of the wind chests, which was worse than had been able to be determined.
The article describes the restoration, which was so far along that in early 2014 the organ could be re-erected, starting 3 February. The completion of the project was in mid-August, 2014, and the re-inauguration was on 23 September, 2014. 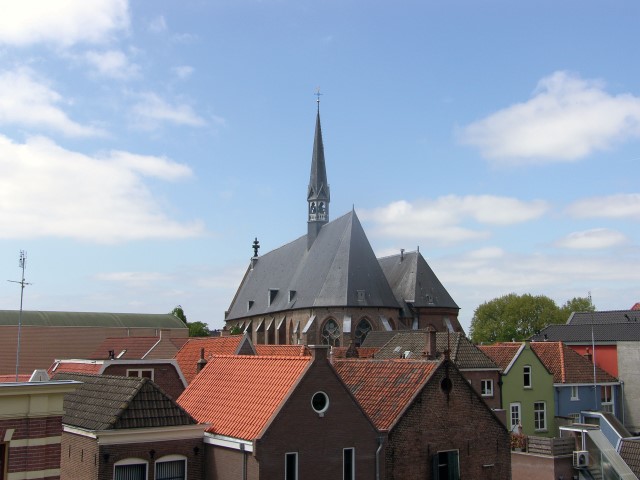 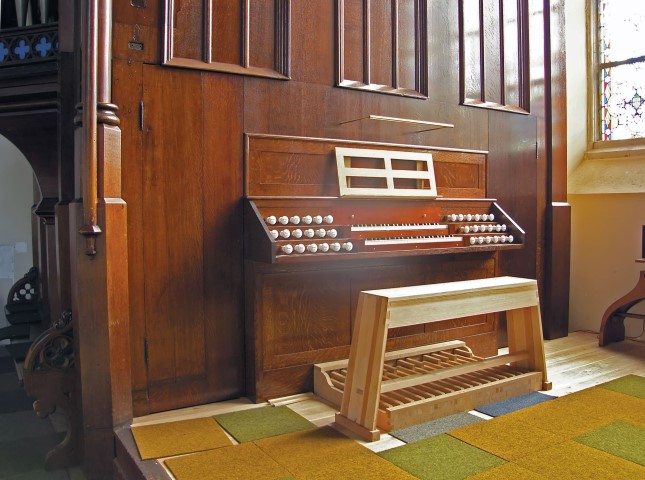