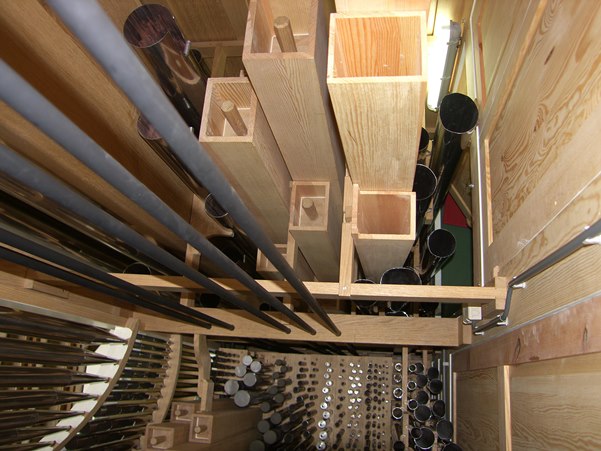 In 2009-10 four new Dutch organs were presented in this journal: the Van Vulpen organ in the Reformed church in Gouda, the Škrabl organ in the Westerkerk in Veenendaal, the Adema organ in the Hervormde Kerk in Scherpenzeel, and the Verschueren organ in the Orgelpark in Amsterdam.
In the past four years there have again been several new instruments delivered. The editors chose four instruments by builders whose instruments were not discussed in the previous series, which were visited by Sietze de Vries and Cees van der Poel. In this first of two articles, the organs in the Adullamkerk in Barneveld and the Reil organ in the Bethelkerk in Bodegraven are described and discussed.
The first instrument was built by Mense Ruiter Orgelmakers and finished in 2011. The modern design of the case of this instrument (34 registers, Hoofdwerk, Bovenwerk and Pedal) is striking. The makers call the sound a development of their ‘Freytag concept’.
The organ in the Bethelkerk in Bodegraven was built by Orgelmakers Reil of Heerde, and was completed in May, 2014. The instrument has 27 voices (Hoofdwerk, Bovenwerk, Pedaal), and is designed following ideas of Van Dam. 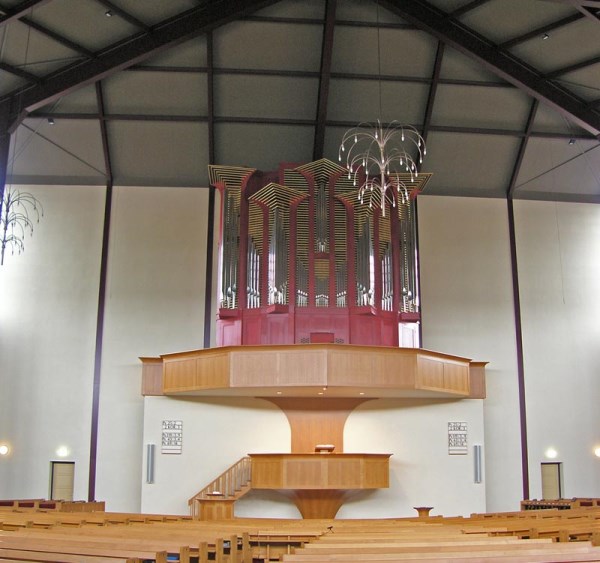 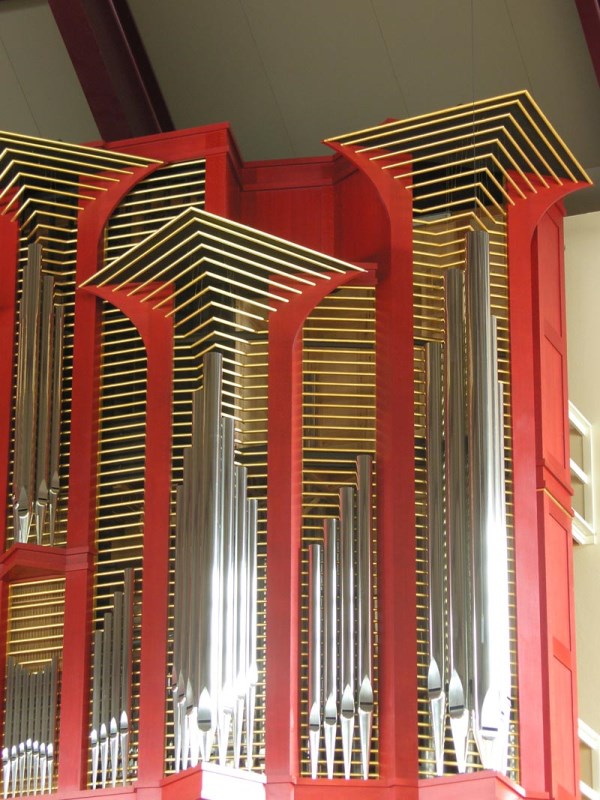 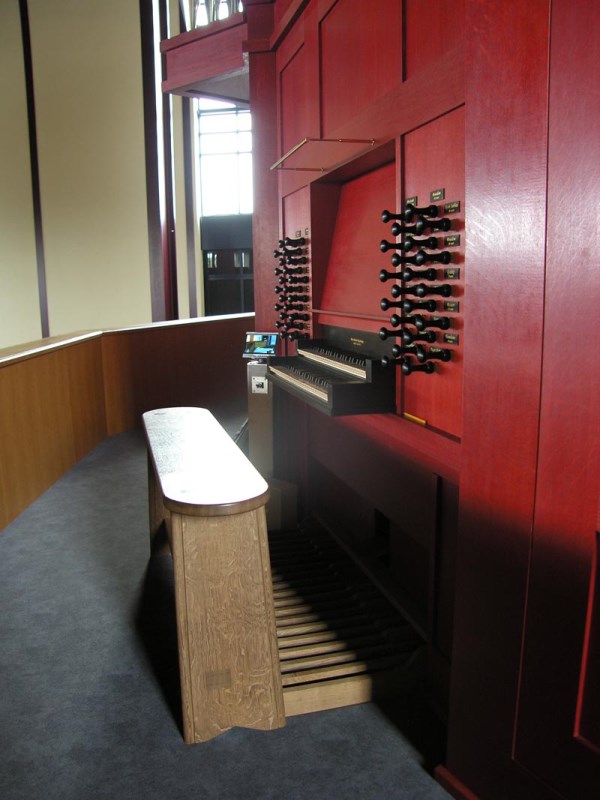 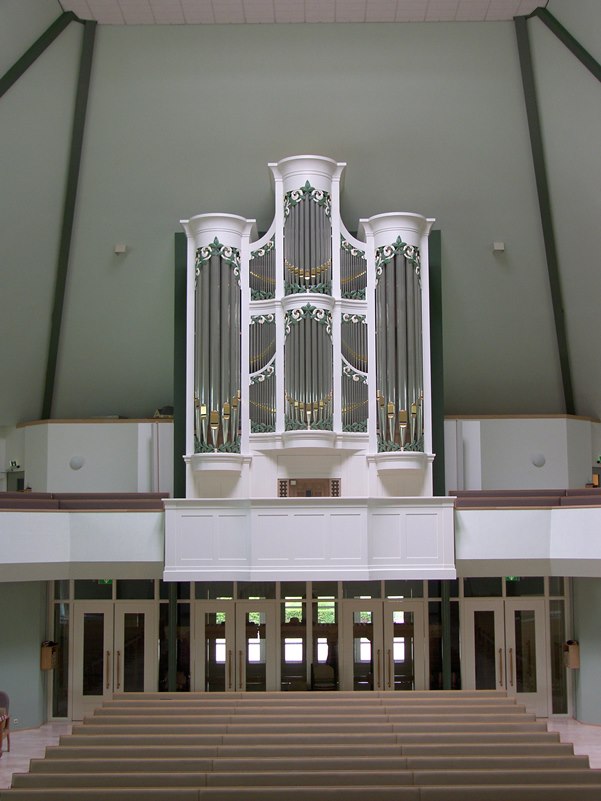 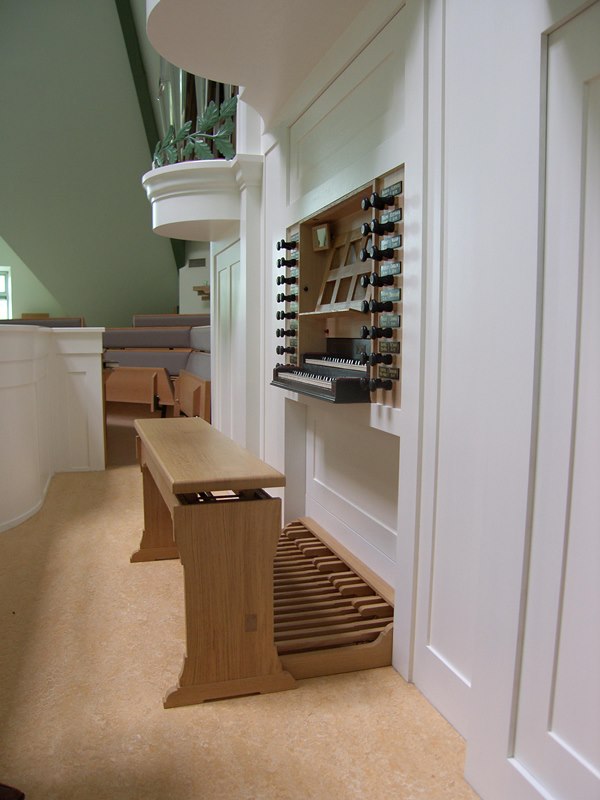