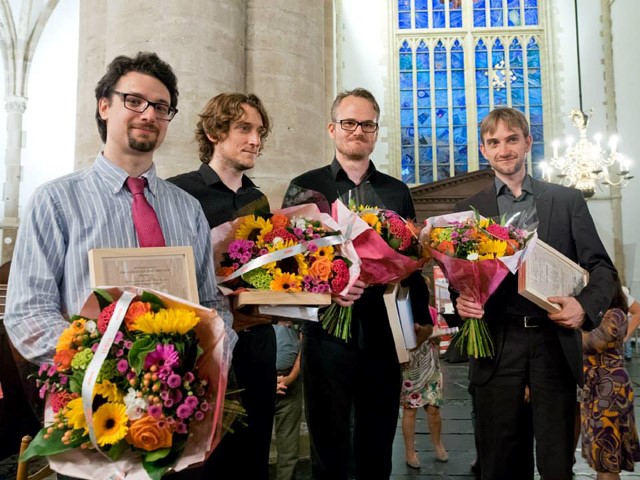 The finale of the 50th international improvisation competition in Haarlem took place on Friday, 18 July, 2014. Four organists had been selected for this finale: David Cassan (France), Tobias Wittmann (Germany), Morten Ladehoff (Denmark), and Lukas Grimm (Germany) (in the order in which they played). The first of these was chosen by the jury as the winner, while the last of them received the public’s prize. The theme, consisting of a simple motive, complete with harmonies that contrast D major and d minor, was composed by Louis Andriessen.
The finalists’ achievements were rather disappointing: the theme was construed as a fill-in-the-blanks exercise with prepared patterns, with virtuosic organ power playing the main role.