The organ history of the St.-Maartenskerk in Zaltbommel (I) by Auke H. Vlagsma 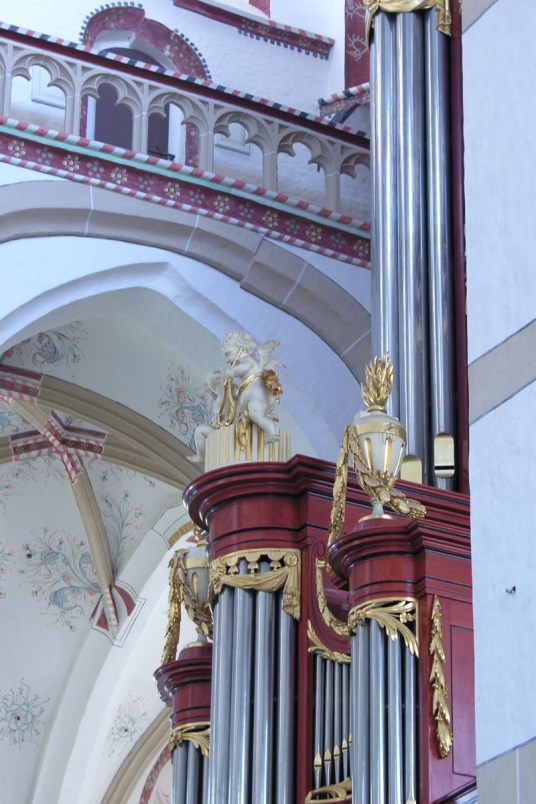 The St.-Maartenskerk in Zaltbommel dates from the middle of the 15th century. The fact that an organist (mr. Heijman Gielissen) was hired in 1534 shows that there was an organ in the church then. This instrument was dismantled in 1589 by the Utrecht organ builder Peter Janszoon de Swart, who made a new organ, probably a positive, delivered on 10 July, 1590. He also built an organ above the north entry in 1595/96. In 1631/32 this organ was moved to a balcony under the tower.
In 1723 Matthias Verhofstadt replaced this with a new, larger organ with 18 sounding stops on Hoofdwerk and Rugwerk. This baroque instrument was replaced in the 1880s by a new one in classicistic style, built by Andries Wollferts. This instrument had 35 registers on three manuals and pedal. 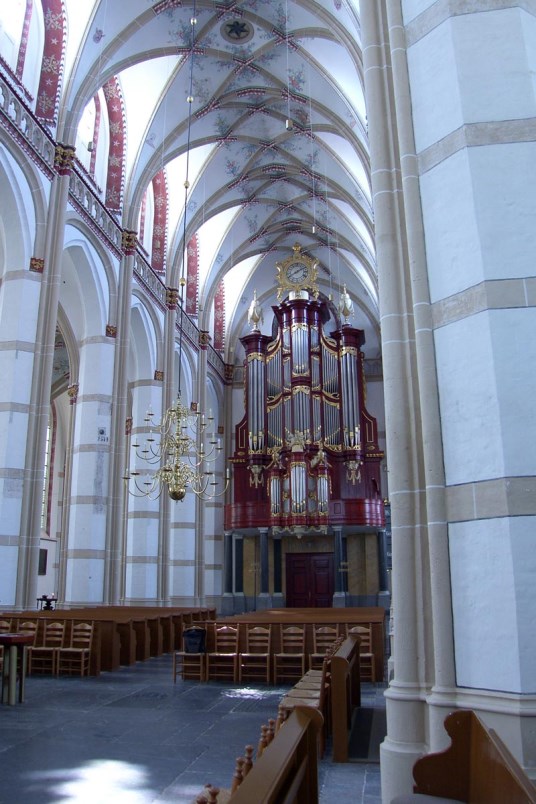 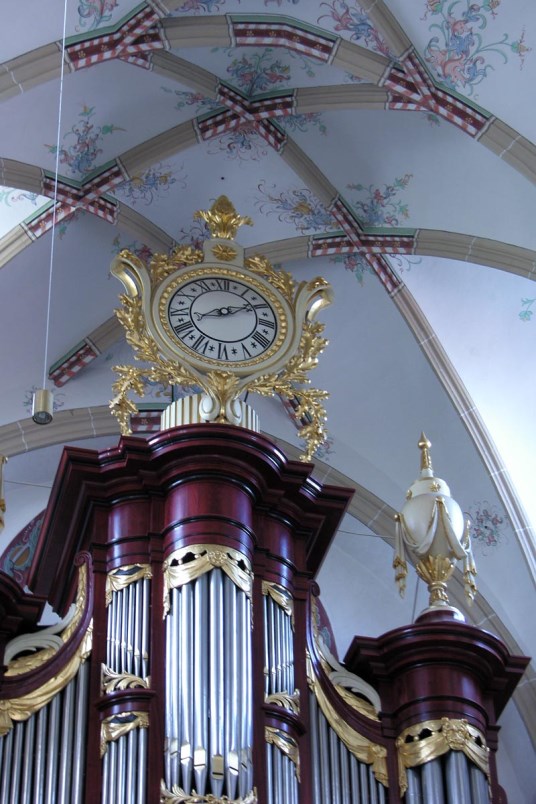