The Improvisation contest in Haarlem: The themes revisited by Jan Hage 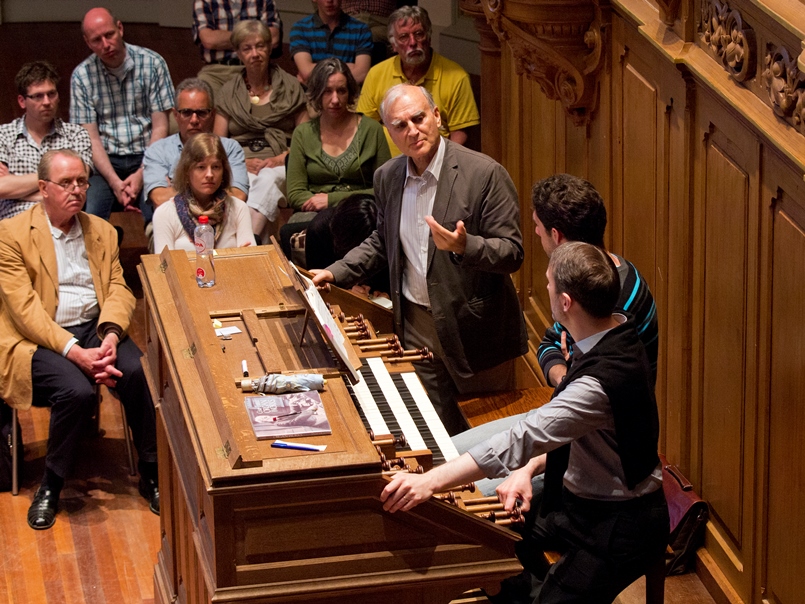 The Improvisation contest in Haarlem has existed since 1951; this year was the 50th time it has been held. It has meant a 20th-century continuation (or better: ‘re-invention’) of a cultural phenomenon associated with the famous Dutch organ, which has left us ony a few compositions of stature but has provided an internationally famed tradition of improvisation. An important starting point from the beginning was that improvisation was seen as a form of composing. French organ culture, in which improvisation and composition were closely related, was influential here.
Just like composers, according to this view, improvisers had to orient themselves to contemporary developments in composition. Additionally, personal creativity and the control of traditional forms and contrapuntal techniques were important. Intrinsic characteristics of improvisation, such as the unrepeatable moment and (partly because of this) the limited structural possibilities, meant that the use of certain compositional techniques was less successful, and an improvisation thus differed by nature from a composition. The sounding result of this was sometimes a rather hybrid but unique form of music that is characteristic for ‘Haarlem’. Themes were invented especially for the concours, and existing themes (e.g. chorale melodies) were used as well.
In the first decades of the concours, problems arose from the tension between tradition and renewal. These problems centered mostly on the only concrete element that was available: the theme. After 1980 there was a re-orientation in the area of tonality. Pulse and repetition were again given a place. Themes were again more often conceived in a clear tonal center or with a distinct intervallic structure, and had a more constant rhythmical movement. Postmodernism led to the abandonment of absolute æsthetic positions, and room was created for various styles and idioms.

You can listen to various improvisation contests, or fragments thereof, at the following address:
http://orgelconcerten.ncrv.nl/orgel/m%C3%BCller-orgel-grote-of-sint-bavokerk 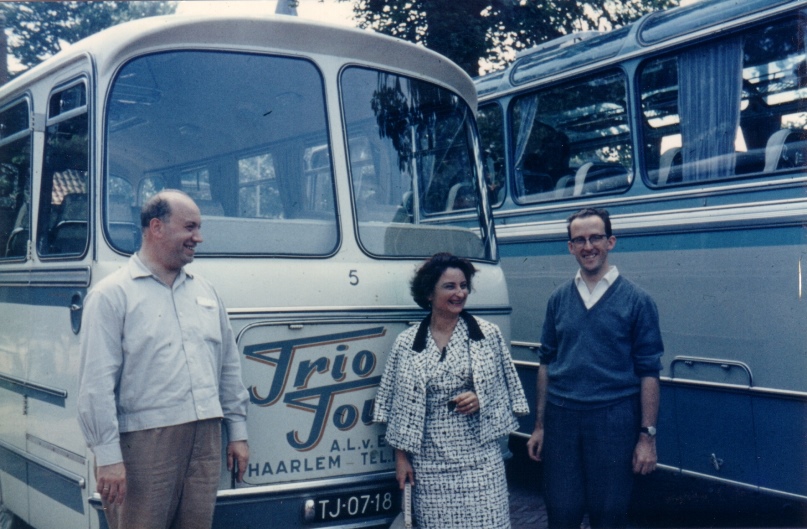 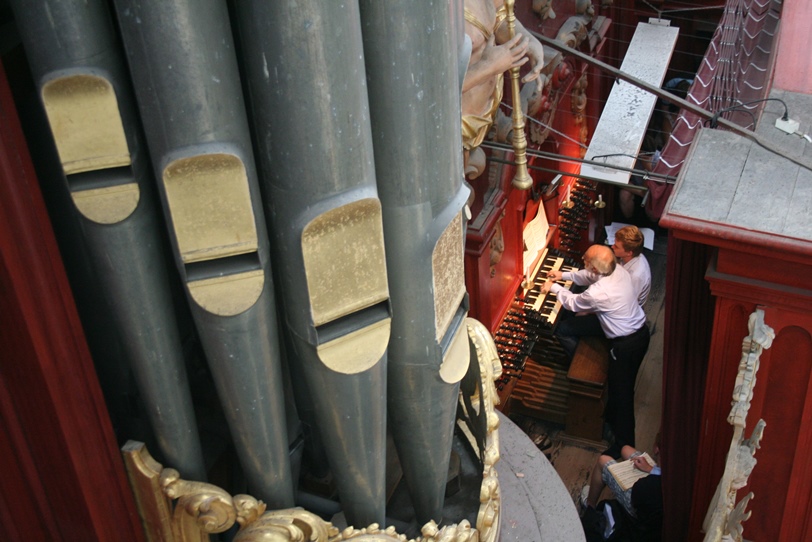