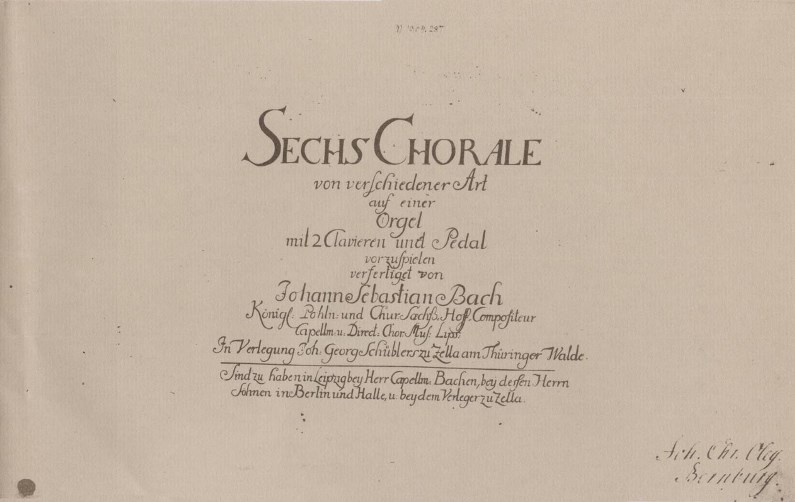 The publication ‘Sechs Choräle von verschiedener Art’ is one of the printed volumes with organ music of Bach that appeared before his death. The group of six organ compositions is known in our day as the ‘Schübler Chorales’ (BWV 645-650). Five of the six compositions are transcriptions of earlier cantata movements.
The original print is not dated, but it must have been published in Bach’s last years. On the cover it was announced that the volume was available from Bach’s sons in Halle and Berlin. Wilhelm Friedemann Bach became organist of the Liebfrauenkirche in Halle on 16 April, 1746. Moreover, there is a copy of the edition in which Bach made corrections in his own hand. From this it can be concluded that the volume must have been published between April 1746 and July 1750.
The musical structure of the ‘Schübler Chorales’ has heretofore been insufficiently recognized and described. Although this plan is not immediately apparent, deeper study of the collection leads to the conclusion that it is ordered according to more than one scheme. For example, the first two and last two settings are in 3 voices, and the middle two settings are in 4 voices.
The two 4-voiced compositions are transcriptions of similar originals, in which the middle voices were a vocal duet while the cantus firmus in the cantata movements was instrumental. In two adjacent compositions (BWV 646 and 647) the cantus firmus – in both cases in the tenor – is given to the pedal. In the two following adjacent compositions (BWV 648 and 649) the cantus firmus – in both cases in the soprano – is played by the right hand. In both of these pairs the keys of the two are a minor sixth apart. The two remaining compositions (BWV 645 and 650) are in more than one sense the framework of the collection.
The well-ordered system according to which the chorales are organized leads to the speculation that a (text)idea is the basis of this cycle. This speculation is further supported by the fact that the last setting in the collection (‘Kommst du nun, Jesu, vom Himmel herunter auf Erden’) is connected with another chorale than in the original cantata. 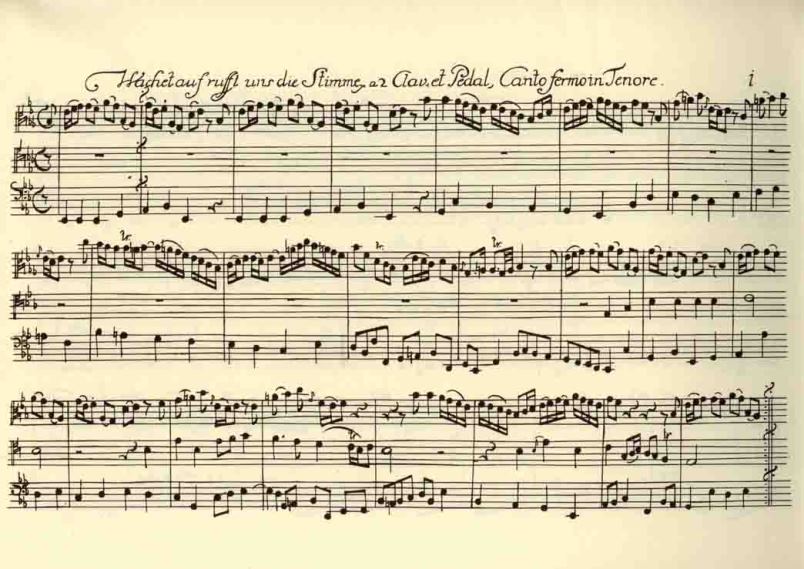