Organ music in the Middle Ages: Ideas about context and performance by Ulrike Hascher-Burger 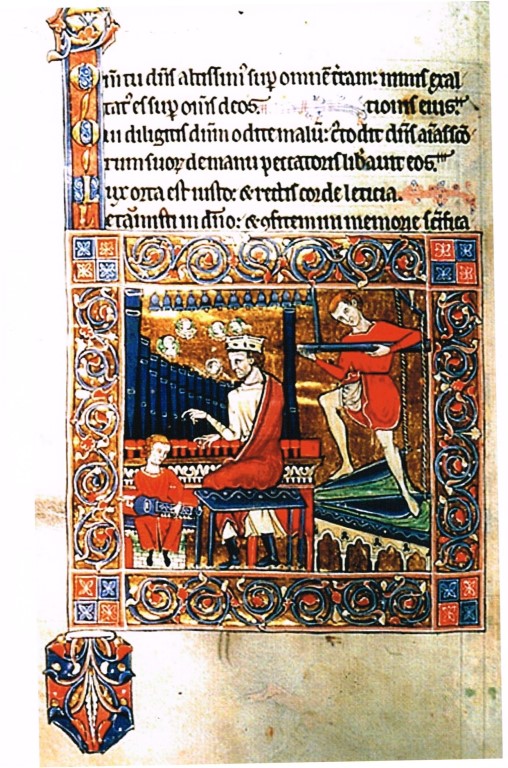 Besides the copy of the Peter Gerritsz organ in the Orgelpark, The Netherlands has another reconstruction of a medieval organ: the Theophilus organ in Marsum (prov. Groningen). This instrument was reconstructed using old documents: a miniature and the texts about organ building of Theophilus Presbyter (12th century). Since there are few remnants of medieval organs, ancient documents are essential to our knowledge of the history of the instrument in the Middle Ages and the way it was used.
The 14th-century reformation movement known as Modern Devotion, in particular the Chapter of Windesheim, opposed the liturgical use of the organ. This prohibition conflicted with the highly developed organ culture of The Netherlands and the present-day province of Niedersachsen, where the Chapter of Windesheim introduced a great campaign for reformation after 1450. The prohibition was continually evaded or modified. This led to an individual and creative way of using the organ in the liturgy in cloisters. As a result, alternatim praxis was until the 17th century the most usual way of combining organ and voice. There are even indications that the organ was used to replace all vocal music.