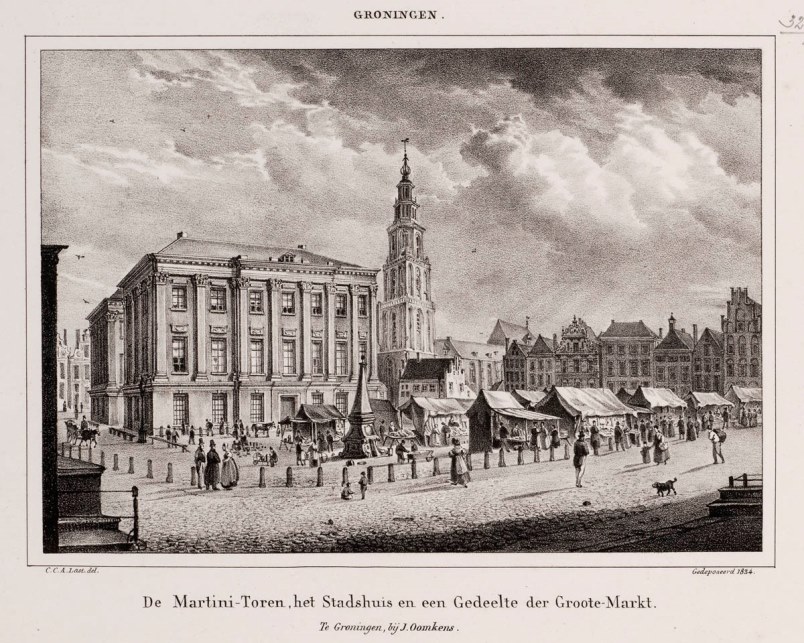 Despites its possessing a large Schnitger organ (presently in the Der Aa-kerk), there is relatively little known about the previous Academie- or Broerkerk in Groningen and the musical use of this building in the 18th century. It was overshadowed by the larger Martinikerk and the Der Aa-kerk. This two-part article is primarily concerned with the life and work of Johannes Tammen, who was musically active in this church (at least from 1760(?) to 1809 as organist); reference is also made to the church building itself, from 1616 in use for an important part by the Academie (the present university) and the above-mentioned musical uses. Besides serving as organist of this church, Tammen occasionally substituted for one of his sons as organist of the Pepergasthuiskerk. It’s possible that he also sold musical instruments and printed music. He was also for many years ‘campanist’ (carillonneur) of the Martinikerk, and he built up a good reputation as organ consultant and examiner. He tested a large number of organs not only in the province of Groningen, but also in Friesland and Ostfriesland, especially organs of Hinsz and his successors and of Johann Friedrich Wenthin. He had two sons who were also organists. His older son Hendricus was organist in the Pepergasthuiskerk in Groningen for many years, and probably tried later on to build a business as a merchant in Amsterdam.
After the death of Johannes Tammen he was succeeded for several years in the Broerkerk by a grandson, who also became organist of the Pepergasthuiskerk for several years (as successor to Hendricus Tammen).
The second part of this article discusses the building of the large Strümphler organ (1795/96) in the Hersteld Evangelisch-lutherse {Reformed Evangelical-Lutheran} church in Amsterdam and the role that Johannes Tammen played in this troubled project. He was intensively involved in the preparation for and the building of this instrument. Problems arose because the organ maker Strümphler was occupied in the beginning with the building of an organ in Weesp, and thus had too little attention for the design and construction of the organ case in ‘De Kloof’, in which he had to place his instrument. Tammen’s son Wilhelmus (Willem) was the first regular organist of the church, and kept the position until his death in 1829. He was also active in Amsterdam as ‘muzijkmeester’ {music master}. 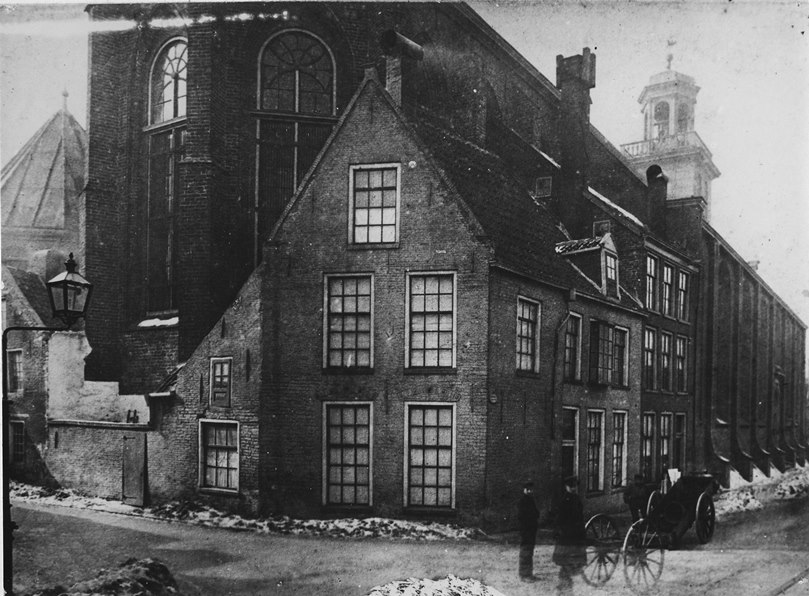 The former Academiekerkfrom the nord-east. Photo from about 1888 by J.G. Kramer. The house before the church was his house and studio. Photo: Collectie Groninger archieven 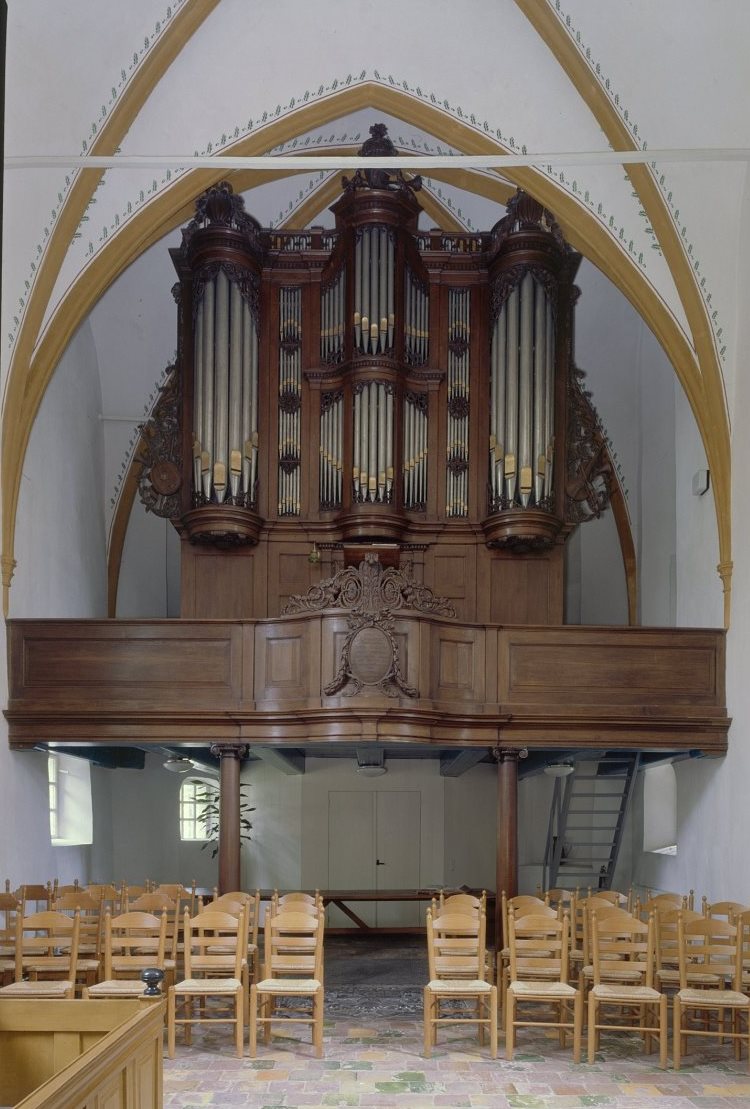