Three centuries of clusters on the organ. A short summary by Luk Vaes 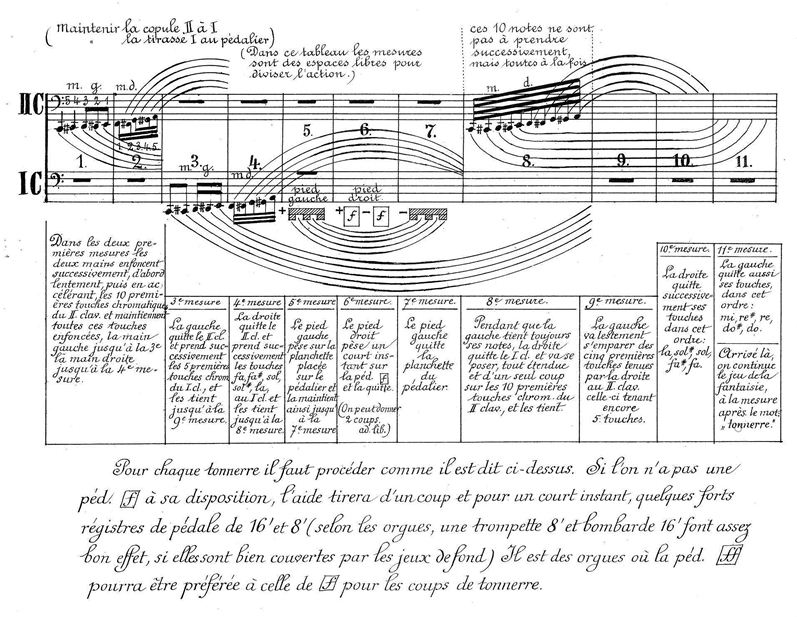 The cluster as keyboard technique has a long unbroken tradition, but it is difficult to determine when it was first used. The earliest known example of a cluster in organ music dates from the middle of the eighteenth century. Clusters served to illustrate natural phenomena (storm, thunder), war, or as a symbol of God’s wrath. The imitations of nature were particularly favored, but were at the same time a matter of discussion since not everybody thought them in good taste. Various techniques were available for playing clusters. They were not only produced using arm, hands and feet, but also with the help of specially developed cluster planks (Ch. Blanchet). Although clusters in the 18th and 19th centuries were used only in program music, in the 20th century they have been used for their own intrinsic aesthetic value. Clusters were now also written and played because of their objective sound qualities and potential for the player. Without the requirement that they refer to natural phenomena, new uses of clusters presented themselves, and the way that this potential has been investigated in the 20th century is the biggest step in the evolution of cluster playing on the organ, a step that is primarily found in organ works of György Ligeti and Mauricio Kagel.