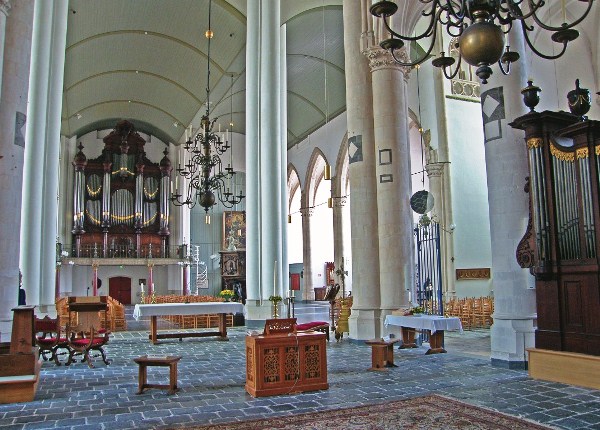 In September of 2011 the Ibach organ of 1864 in the St.-Gertrudiskerk in Bergen op Zoom was re-inaugurated after restoration/reconstruction by Verschueren Orgelbouw of Heythuysen. The organ had been altered so much that the original design, except in the façade, was scarcely recognizable. The very accurate reconstruction, for which Jan Jongepier and Rogér van Dijk were the consultants, is a remarkable rehabilitation of this unique instrument.
In this first part of the two-part article Cor Ardesch gives an impression of its sound. This is followed by Peter van Dijk’s description of the history of the organ up to the last restoration. This is embedded in a global overview of developments in 19th-century organ building in Roman Catholic circles. 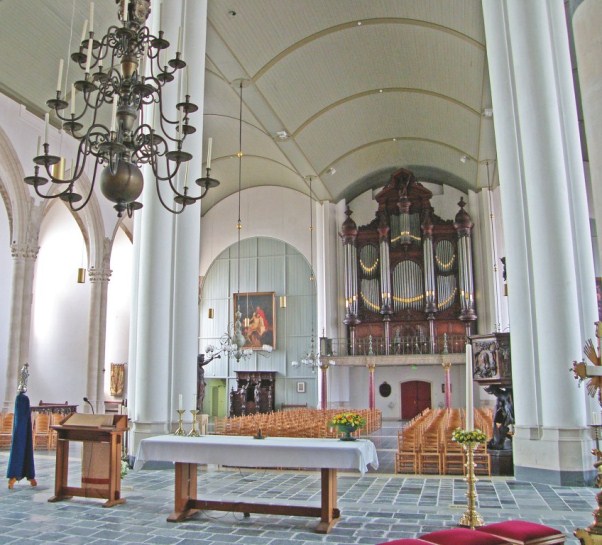