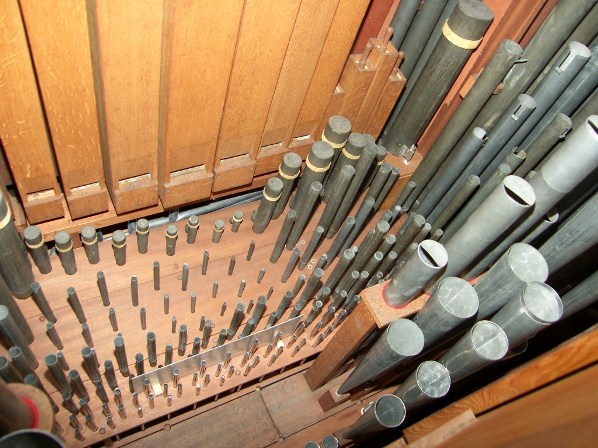 Many reputed organ builders have worked on the organ in the Marekerk in Leiden. The instrument was originally built as choir organ for the Pieterskerk in Leiden. In 1529 Jan van Covelens worked on the instrument, and around 1565 the organ was renovated by Pieter de Swart. Jan Jacobsz. van Lin rebuilt the instrument in 1629, and ca. 1680 Van Duyschot carried out extensive work. In 1733 the organ was moved to the Marekerk, where it was enlarged by Rudolph Garrels a few years later. In 1781 there was a renovation by Hendrick Hess.
In 1965 the organ was again enlarged, now by D.A. Flentrop. The organ has 29 stops on three manuals.
In the most recent restoration, which was carried out by Verschueren of Heythuysen and completed in 2009, the situation as of 1965 was the starting point. The restoration was accompanied by consultant Jaap den Hertog and by Rudi van Straten in the name of the National Monument Service (Rijksdienst voor het Cultureel Erfgoed, RCE). 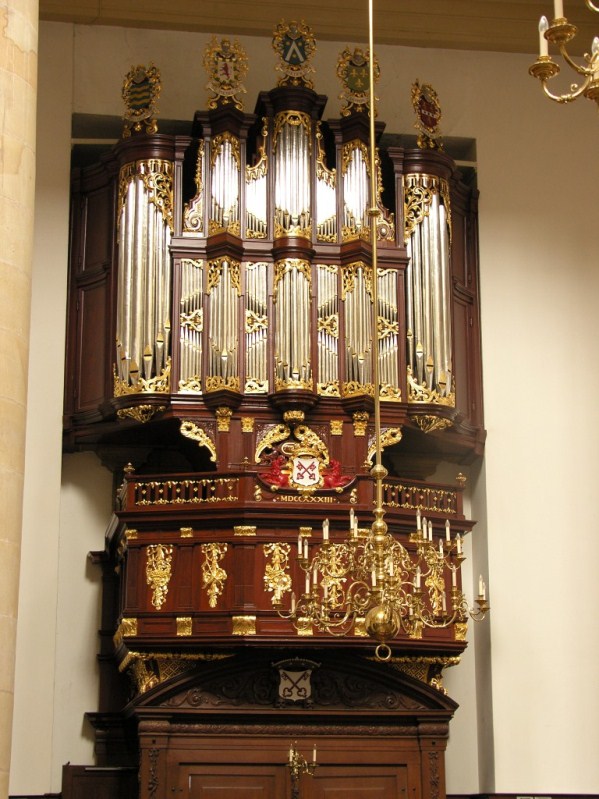 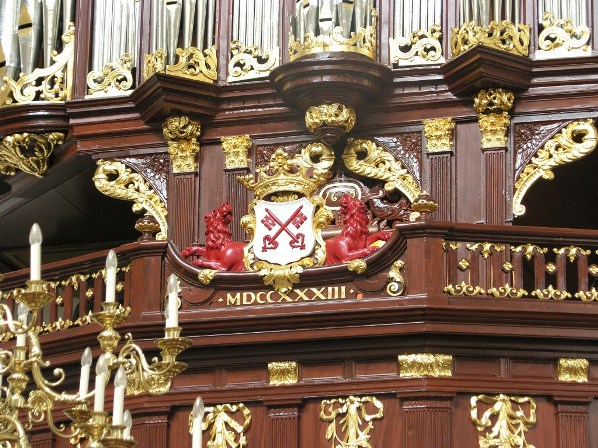 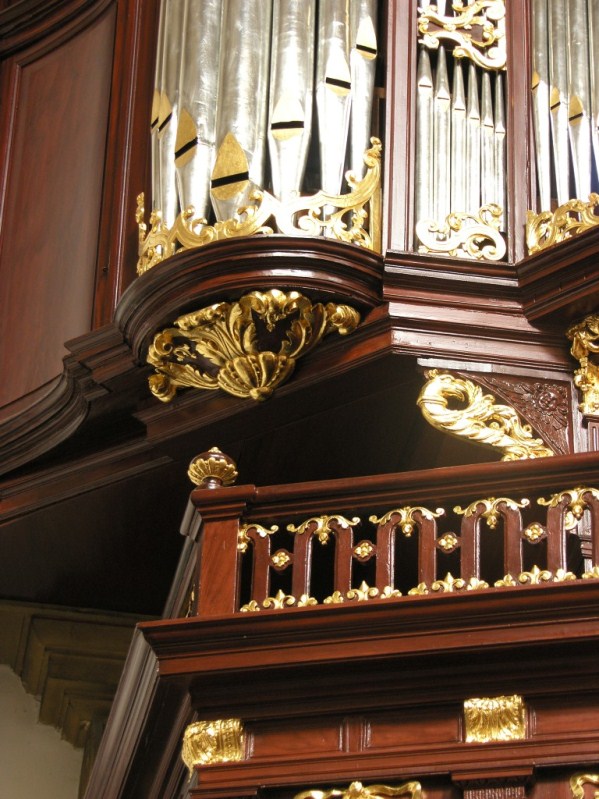 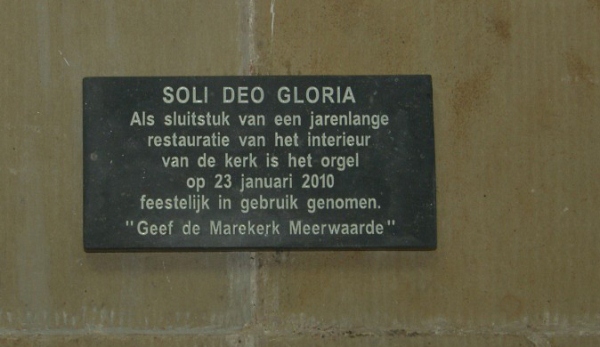 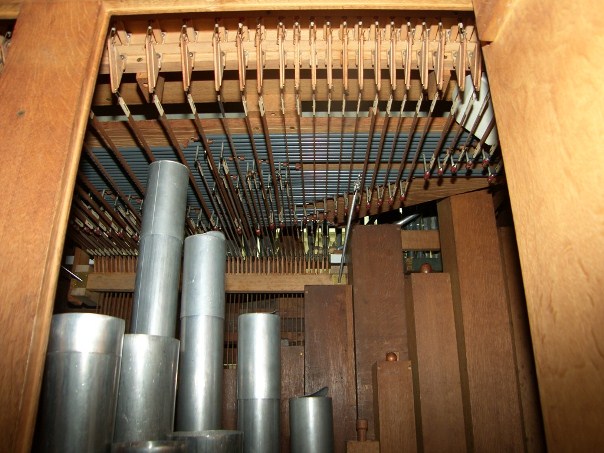 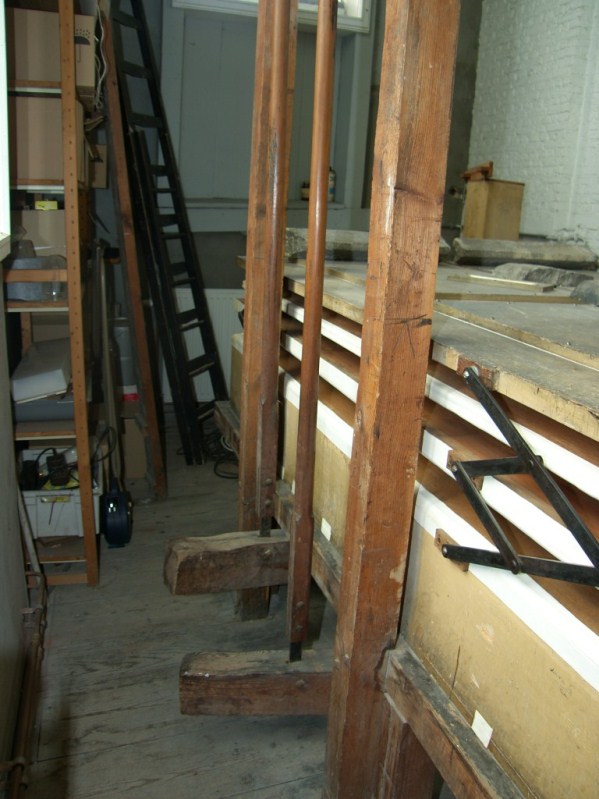 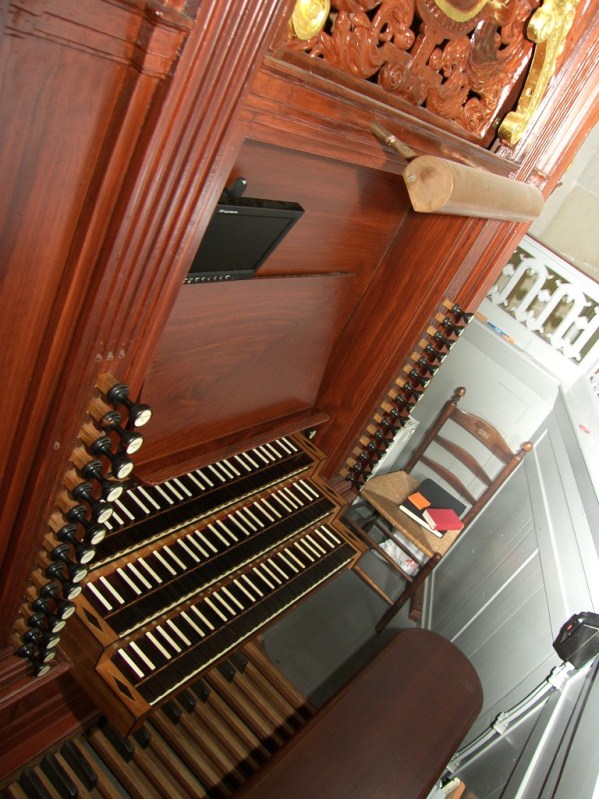 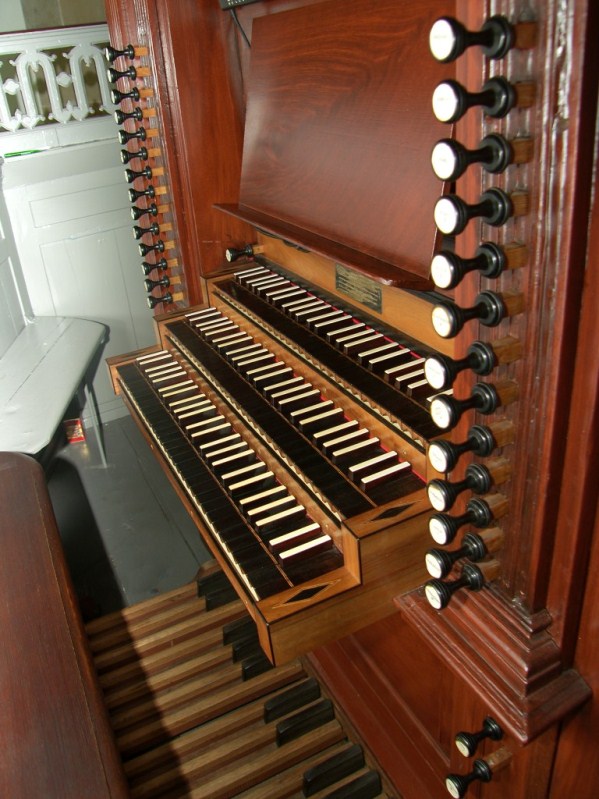