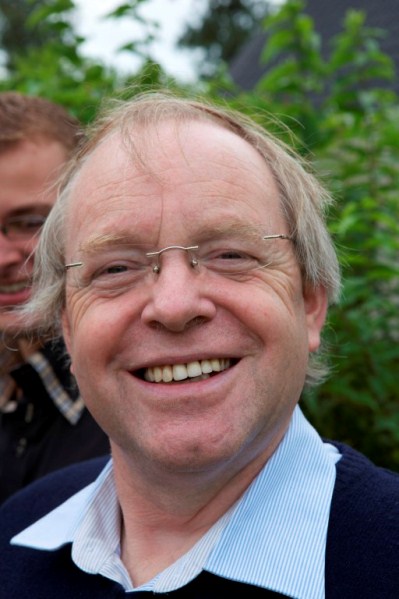 The Frisian composer Johan G. Koers (*1953) studied organ with Piet Post and Haite van der Schaaf, but had to give up his hopes of a career as a concert organist because of his health. He devoted himself to teaching, music journalism, and composing. His idea that music is ‘channeled emotion’, is also a good description of his compositions. The emotional content of his works is always contained within a rational structure. This makes them, even when the style is quite advanced, possible to follow for a listener who will take the trouble to exert himself.
In Koers’s first three organ works, Triptyque (1975), Toccata (1977) and De Profundis (1983), the emotion is still rather below the surface.
These are followed by a period in which he wrote for other instruments than the organ. In this period his style changed, not only in structure but also in the tone color of his works. Through his experiments with chromaticism, whole-tone series, and octotonicism, his idiom has become more French in color. This can also be found in his first organ work from this period: Choral pour orgue (1997). In the works that followed Choral, like the Hymnus Veni Redemptor Gentium (2001), one more new element emerges: a more advanced rhythmics. His most recently published organ is Versus Alleluiatici from 2007.
Koers is not an avant-gardiste. He is different from many other contemporary composers in that his compositions remain compact and orderly: they have a head and a tail. Despite the fact that they sound completely contemporary, this keeps them “doable” for both the listener and the player.