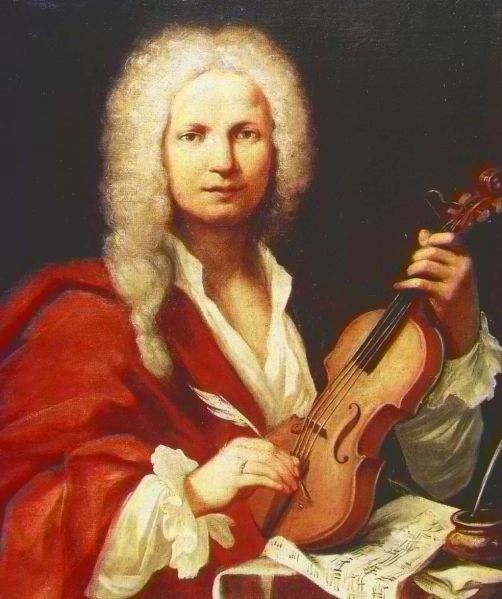 Three centuries ago Vivaldi’s collection L’Estro Armonico (opus 3) appeared, containing twelve concertos for 1,2, and 4 solo violins and strings. Soon after the Amsterdam music printer Estienne Roger published the collection in 1711, the concertos became enormously popular in a short time throughout Europe, among both experts and the general public.
Bach arranged five concertos from Vivaldi’s opus 3 for keyboard shortly after publication, when he worked as court organist and chamber musician at Weimar: numbers 3 , 9, and 12 for harpsichord (BWV 978, 972, & 976) and numbers 8 and 11 for organ (BWV 593 & 596). Bach was inspired to make these arrangements by the visit of Johann Ernst IV von Sachsen-Weimar to the Netherlands. This young prince, who studied at the University of Utrecht from February 1711 to March 1713, visited Amsterdam at the end of his studies and heard the municipal organist Jacob de Graaf in the Nieuwe Kerk. De Graaf played, as he often did, transcriptions of Italian concertos and sonatas printed in Amsterdam.
In 1730 Bach arranged the tenth concerto in b, that was originally composed for 4 violins, strings and basso continuo, for 4 harpsichords and strings.
There are no 18th-century German sources describing the method of arranging. Using a methodical comparison of the clavier transcriptions of Bach, Walther, and close colleagues, this article formulates nine basic rules as guide for the arranging organist and harpsichordist.