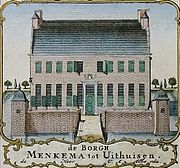 What non-musical factors played a role in the emergence of the Groningen organ landscape? To give an answer to this question, power relationships in the history of the province of Groningen are studied. Economic circumstances in Groningen are also considered, especially those of the 18th century. The relationship between the church and the local government is also treated.
The article concludes that the most important factor in the emergence of the Groningen organ landscape was the local nobility. These families had control of the province and wanted to demonstrate this by having organs built. It is also important to realize that the local nobility also firmly controlled the affairs of the local churches. The general economic situation had relatively little influence on the nobility’s desire to show off.