Pablo Bruna, âthe blind man from Darocaâ. On the occasion of the 400th birthday of a Spanish composer-organist by Tjeerd van der Ploeg 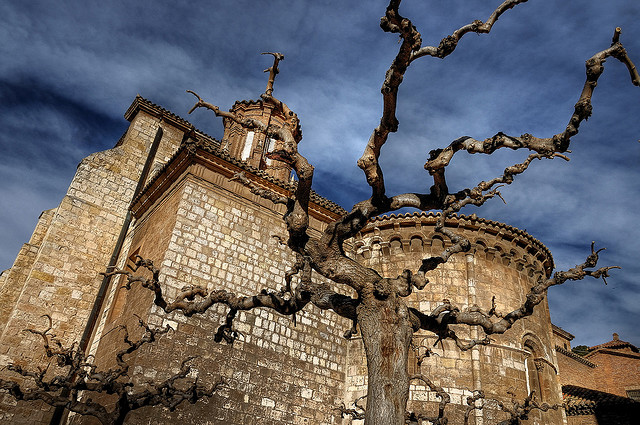 Pablo Bruna was born on 22 June, 1611, in the Spanish town of Daroca. When he was about five years old, he lost his sight due to smallpox. This resulted later in his being called el Ciego de Daroca [the blind man from Daroca]. Little is known about his musical education. He may have studied with Sebastián Aguilera de Heredia, the most important Spanish organist between António de Cabezón and Francisco Correa de Arauxo. The article discusses the striking compositional similarities between the works of Bruna and Aguilera. They both belong unmistakably to the same Aragonese organ school, which has its own distinct style
In 1628, aged 16, he became organist of the Santa Iglesia Colegial de Santa María la Mayor y de los Corporales (briefly: La Colegial) in Daroca. This was a temporary appointment which in 1631 was made permanent. Bruna held this position till his death in 1679.
The 2-manual organ in La Colegial was built between 1488 and 1498 by Pascal Mallén and was enlarged in 1511 by Juan de Córdoba. In 1597 the well-known Spanish organ builder Guillaume de Lupe worked on the organ.
The article offers an extensive discussion of sources and editions of Bruna’s organ works. The works are also compared with those of Aguilera and Correa de Arauxo. Pablo Bruna’s significance is due solely to his compositions: he left us no theoretical treatises such as those of (Hernando) de Cabezón (1541-1602), TomÃ¡s de Sancta María (1510-1570), Juan Bermudo (1510-1565) or Correa.