Two aspects of the art of Aristide Cavaillé-Coll : international influence and the development of the Récit-Expressif) by René Verwer 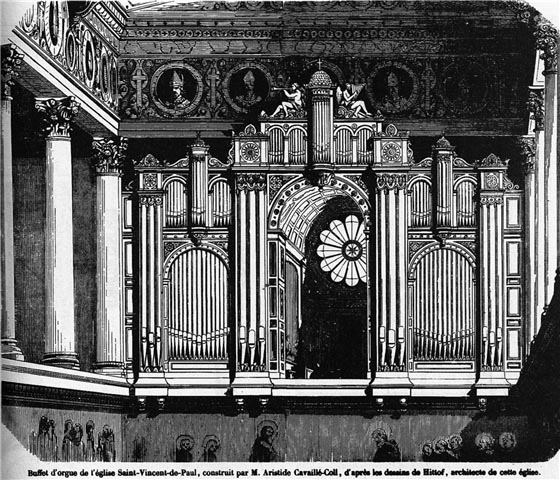 Two aspects of the art of Aristide Cavaillé-Coll : international influence and the development of the Récit-Expressif)
Het ORGEL 107 (2011), nr. 2, xx-xx [summary]

Aristide Cavaillé-Coll, who was born 200 years ago, was not only the most important French organ builder of his time, but also in many respects the creator and inspiration of the famous French organ school from Lefébure-Wély to Olivier Messiaen.
During his training Cavaillé-Coll was influenced by Spanish and southern French organ building. His European journeys in the fall of 1844 provided more foreign influences.
Starting in 1850 Cavaillé-Coll made his own influence felt in various parts of Europe, and he maintained good relations with English, German, Belgian, and Dutch colleagues. Of the 600 organs he built, 130 were exported. There are two reasons that Cavaillé-Coll had great influence in other countries through the export of his instruments: the increasing importance of the organ recital in a non-religious context, and the development of international commerce.
In all his instruments Cavaillé-Coll saw the Récit-Expressif as his ‘enfant chéri’. Both in improvisation and in repertoire the Positif diminished in importance relative to the Récit-Expressif, which was seen as a division with inexhaustible possibilities, even considering only the possibility of ‘expression’ (swell shutters).
In 1838 for the first time Cavaillé-Coll experimented in the organ van Notre-Dame-de-Lorette with a Récit-Expressif of ten stops including two jeux expressifs. In the early 1840s the organ builder laid the basis for the familiar Récit disposition. Beginning in the 60s one can observe a relative increase in the number of registers on the Récit-Expressif. The nucleus of every Récit in instruments of 25 or more registers consisted of harmonic flutes 8’-4’-2’, Gambe and Voix céleste, Trompette, Basson-Hautbois and Voix humaine. The experiments with two swell boxes that Cavaillé-Coll carried out in the 60s and 70s led to the “Grand Récit symphonique”, and the function of the Récit-Expressif as troisième plan sonore gradually lost significance. 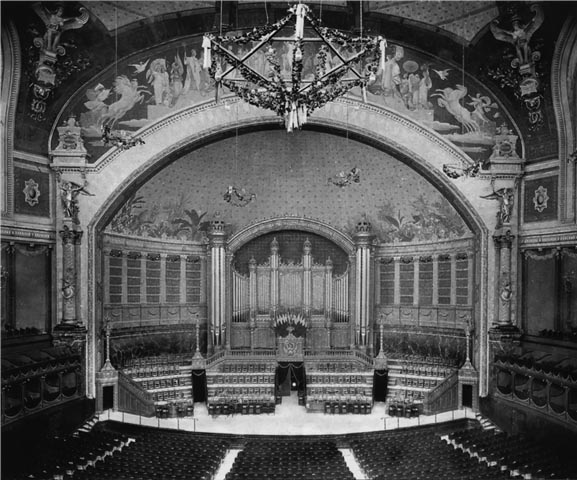