Felix Mendelssohn Bartholdy and the chorale (2) by Albert Clement 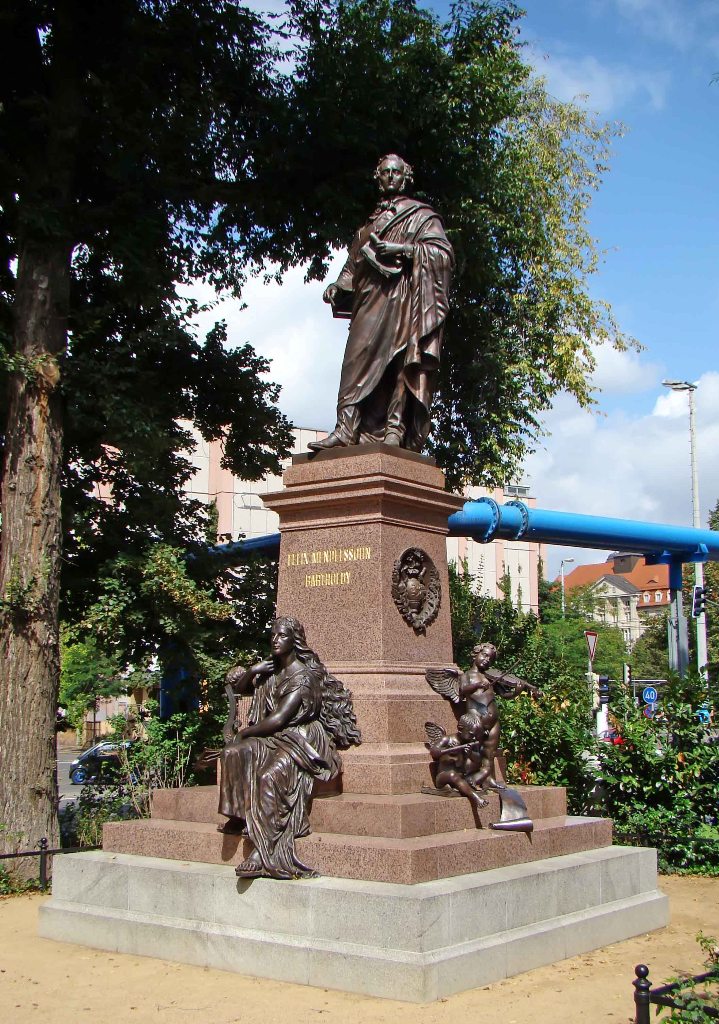 In the second of three articles in which Mendelssohn is examined as a follower of Bach, the prominence of the Chorale in the first three sonatas (opus 65, published 1845) is examined.
The composer, who sometimes continued to perfect his compositions during an extended period, assembled the six sonatas for a great part from earlier, independent pieces. In assembling them, Mendelssohn utilized chorales in three cases which had been used many times by Bach.
Although Mendelssohn originally composed his own chorale melody for Sonata, he decided in December 1844 to use the chorale Was mein Gott will, das gescheh allzeit. The choice of this song of consolation is connected with the fact that when Mendelssohn was working on this sonata, his youngest son became critically ill.
In Sonata II Mendelssohn used a chorale in the closing fugue. The subject of the fugue is melodically identical with the beginning of the chorale Der Mond ist aufgegangen.
This evening song fits in the Lutheran tradition, in which evening is also construed as evening of life. Mendelssohns choice of this chorale, in which he may have had in mind the first line of the fifth verse (Gott, laß uns dein Heil schauen, God, let us see thy salvation), seems like a personal reflection on the death of his friend and teacher Eduard Gans.
In the first movement of the third sonata, Mendelssohn used the well-known Lutheran chorale Aus tiefer Noth schrei ich zu dir. After the majestic A-section the B-section opens with a subject that is treated fugally, with the chorale melody in the pedal. The fugue subject cites the section of Mendelssohns symphony Lobgesang where the words from Isaiah 21 (verse 11: Wächter, ist die Nacht bald hin?, Watchman, tell us of the night) are set. The theme of these words is encountered in verse 4 of the chorale Aus tiefer Noth. Mendelssohn must have had this text in mind when composing the first movement of Sonata III.