Sweelincks faith tested. Speculation about the religious beliefs of the Orpheus of Amsterdam by Harmen Trimp

There is little certain information about the religious beliefs of Jan Pieterszoon Sweelinck (1562-1621). From his compositions or from his circle of friends and acquaintances it is impossible to give a satisfactory answer to the question whether Sweelinck was catholic or protestant. The article gives a historical overview of the various opinions about Sweelincks assumed beliefs. The emerging profile of Sweelinck during the second half of the 19th century and the first half of the 20th is studied in depth; during this time he was claimed by both catholics and protestants. Toward the end of the 20th century the current opinion was that he was one of the so-called sympathizers [liefhebbers] of the reformed religion, i.e. those who sympathized with the new religion but were not professed members of the reformed church. The composer was assumed to have a liberal and tolerant character. But like the 19th-century opinions on Sweelincks beliefs, this view can not be separated from the Zeitgeist; for the second half of the 20th century was also characterized by liberalization, tolerance, and rapprochement between protestants and catholics. 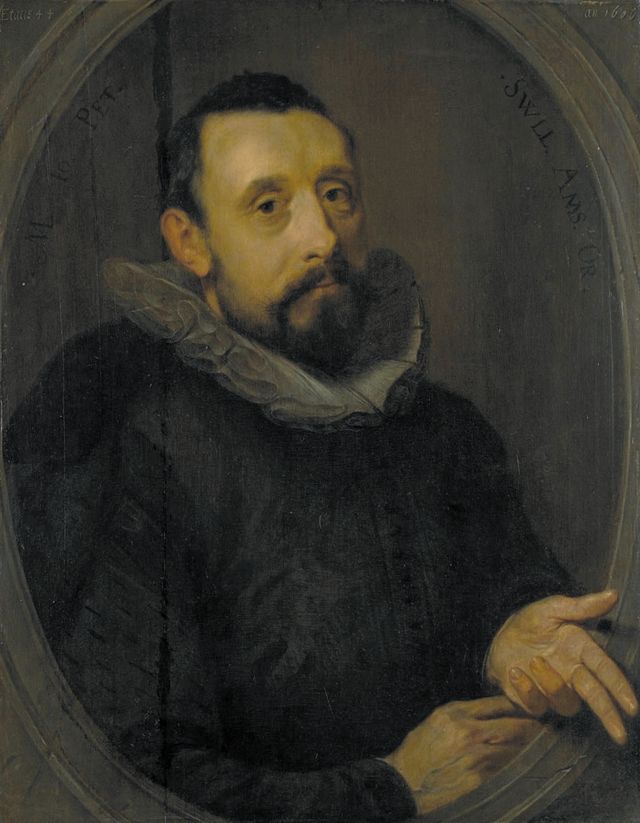 Painting of Sweelinck by Gerrit Pietersz (1606) 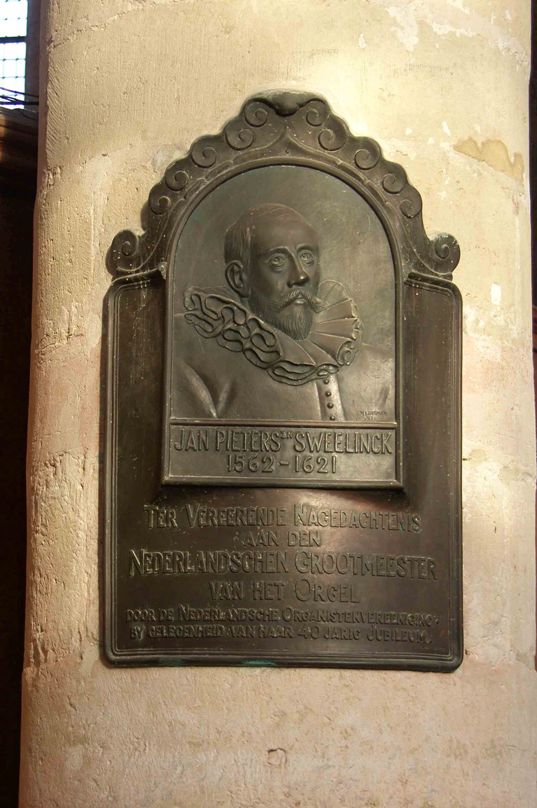 Plaque in “Oude kerk” in Amsterdam by the Dutch Organ Society in 1931 Photo: Jan Smelik

Bust of Sweelinck in the “Oude kerk” in Amsterdam by Elisabeth Varga in 2005 Photo: Jan Smelik