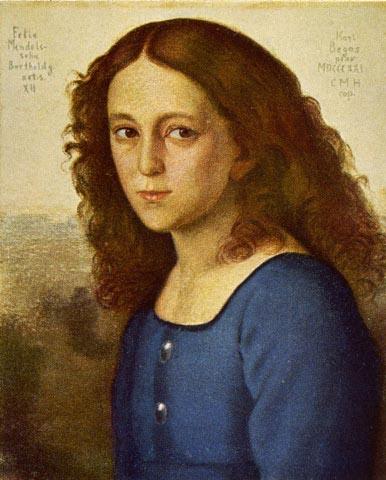 There has been almost no attention paid to Mendelssohns relationship with the Lutheran chorale. Already in Mendelssohns youth he was interested in Johann Sebastian Bach and  inevitably  the Lutheran chorale. A significant event was his performance van Bachs Matthäus-Passion in 1829. Mendelssohn omitted certain chorales in this performance, and it is unclear whether he did this only for religious reasons. Possibly he did it to conform Bachs passion to the Zeitgeist and the expectations of the early-19th-century listener. With the cuts and the emphasis on the dramatic aspects of the passion story in Bachs work he was able to convince the public.
Just as in Bachs uvre the Lutheran chorale plays an important role in the uvre of Mendelssohn. Not only in his organ works but also in other compositions Mendelssohn regularly used chorales that we also find in Bachs uvre. At least as significant as the choice of these chorales is the way in which Mendelssohn the composer treats them. Here we see  just as in Bach  a truly excellent understanding of the theological background of the chorales. This is true as well for the apt selection of certain verses within a specific context.

Mendelssohn by Carl Begas at the age of 12