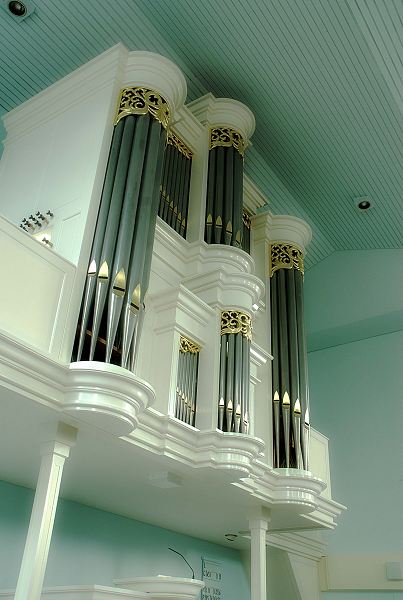 The organ builders Kaat and Tijhuis had both gained experience with various employers when they decided to start their own company in Kampen in 1979. Since 1993 Menno Kaat has been the director. The personnel has varied, which has influenced the companys artistic course. Three recent instruments are used to illustrate the present direction. In 2005 Kaat and his employees finished a 2-manual organ with independent pedal for De Hofstad in Apeldoorn, using pipework from two older instruments. This organ was built concurrently with the silver jubilee of the company.
The Blank organ from 1966 in the Joriskerk in Venlo was completed in 2006, and in 2007 Kaat & Tijhuis thoroughly revised their own instrument in the Noorderkerk in Kampen (1982). 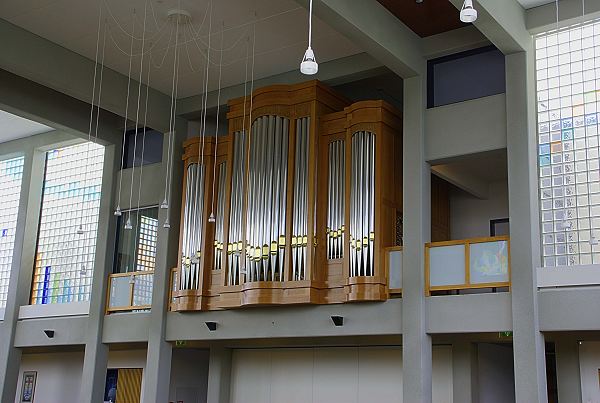 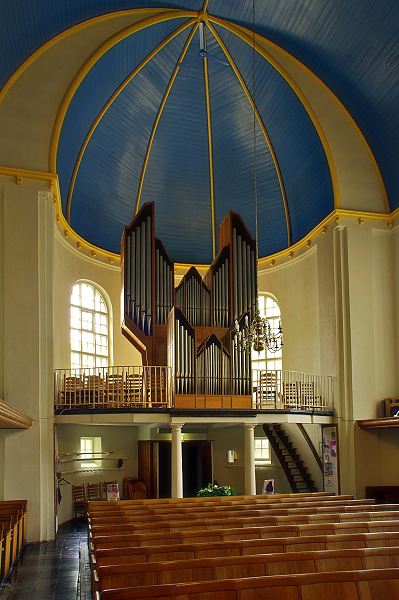 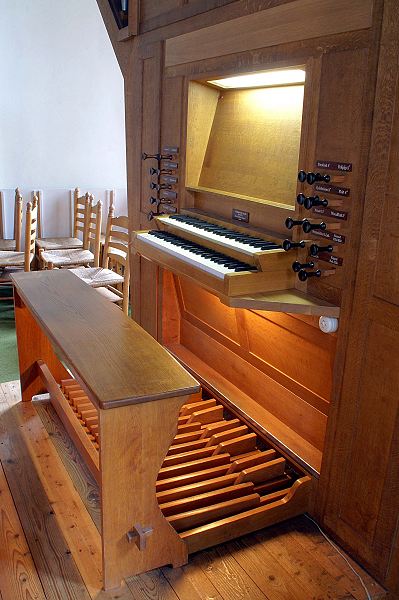