Charles-Marie Philbert and the Adema organ in the St.-Jacobsgesticht in Amsterdam by Victor Timmer & Ton van Eck 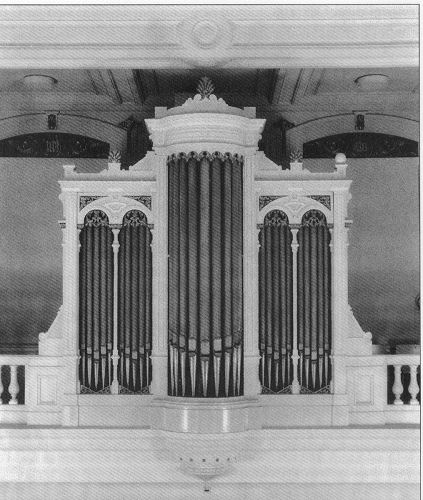 The French diplomat Charles-Marie Philbert was active during his sojourn in The Netherlands (1849-1878 and 1880-1887) as choral conductor, composer, organ builder, organ examiner, and organ consultant.

Particularly in the last-named role he was an advocate in the Netherlands of the French symphonic organ in the style of Cavaillé-Coll. His best known achievement in this role was the building of the organ in the Moses and Aäron Church in Amsterdam by Gebroeders Adema (1871/1887). These organ builders assimilated many of his ideas permanently. Philbert had also great influence on the building of the Adema organ in the St.-Jacobsgesticht in Amsterdam (II/12, 1876). Thanks to the contents of several lengthy letters he wrote, we can conclude that the final design was based to a very great degree on his ideas, which followed partly the line of Aristide Cavaillé-Coll, but were also to a certain extent independent.