The earliest sources of Buxtehudes organ music by Michael Belotti 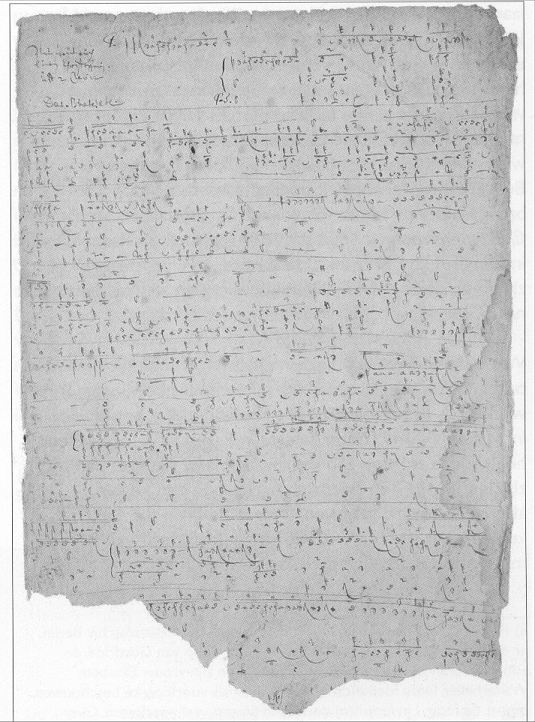 Picture to the right:
The beginning of the choralfantasia Nun freut euch, lieben Christen gmein of Dieterich Buxtehude was written down by Johann Seb. Bach. This copy was discovered in august 2006 in the Anna-Amalia-Archive  by Michael Maul en Peter Wollny of the  Leipziger Bach Archiv. Likely Bach made the copy around  1700. Also a copy of Bach was found from koraalfantasia An Wasserflüssen Babylon van Johann Adam Reincken.

There are neither autographs of Buxtehudes organ works nor printed sources from his lifetime. Modern editions must thus make do with copies, and must make an estimate of their authenticity. It is arguesd here that mistakes in copies are not always caused by incorrect interpretations of the tablature, as has frequently been thought, but that they are for the greatest part the responsibility of the tablature writer.
Extremely complex questions of source transmission are encountered when publishing Buxtehudes organ music. Neither the conflation of versions in various sources, supplemented by the hunches of the editor, nor the uncritical reproduction of a single source promises a responsible edition. Much to be preferred is a critical evaluation of the sources, in which their relationships and their reception histories are taken into account.