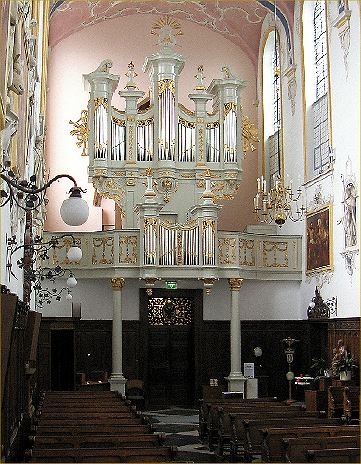 Since the restoration in 2006 by Verschueren Orgelbouw, two instruments are united in the organ of the Caroluskapel in Roermond. The case and some pipework were re-used from the original organ that Frans Louvigny built in 1841 for the chapel. The innards of the organ that Guillaume Robustelly made in 1760 for the St.-Nikolaaskerk in Eupen were placed within the old case.