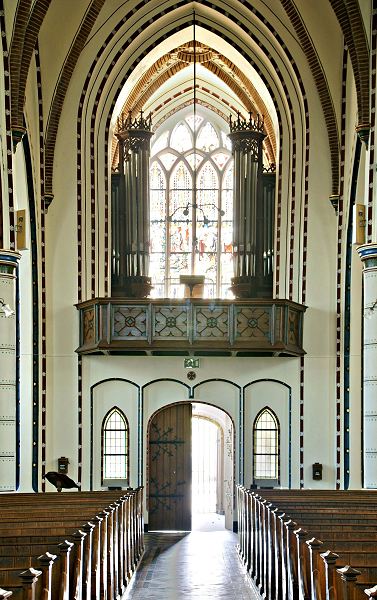 On 16 September, 2006, Ademas Kerkorgelbouw of Hillegom presented its jubilee book celebrating 150 years of organ building. The company was started in 1855 in Leeuwarden, and is The Netherlands oldest organ building company. In 1868 a branch was started in Amsterdam. This branch of the company became the best known and built the organs of the Moses and Aäronkerk in Amsterdam and the cathedral St.-Bavo in Haarlem. Since 2002 the company has been headed by Ronald van Baekel, under whose direction the organ in the St.-Jans basilica in Laren (NH) was built and the three restorations carried out which are presented in this article.
The organ in St.-Werenfriduss church in Workum was built in 1885 in two separate cases by the Amsterdams Ademas. It survived without alterations and is, since the restoration of 2004, together with the church building and interior an excellently conserved example of Catholic emancipation of the 19th century.
The organ in St. Josephs cathedral in Groningen was built in 1906 by Michaël Maarschalkerweerd with pneumatic action according to the system of Weigle. Alterations carried out around 1950 were removed during the restoration of 2005. The front was reconstructed by adding the middle section removed in 1942, so that the organ cases are now joined again.
The brothers Gradussen built a two-manual instrument with independent pedal in 1890 for the St.-Martinuskerk in Arnhem. In 1950 the disposition was altered and the superfluous pipework stored in the organ. Using this pipework it was possible in 2006 to restore the original disposition. Thus a restoration period of 12 years was brought to a close. 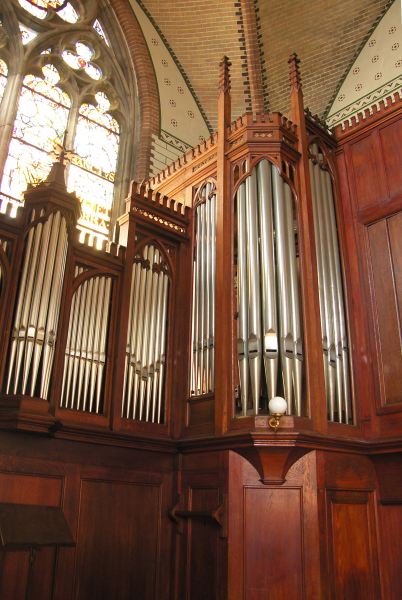 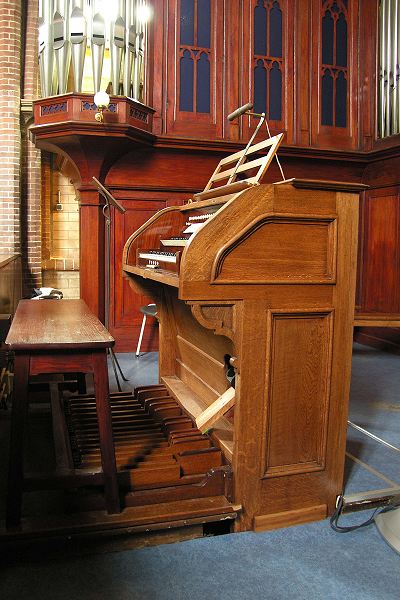 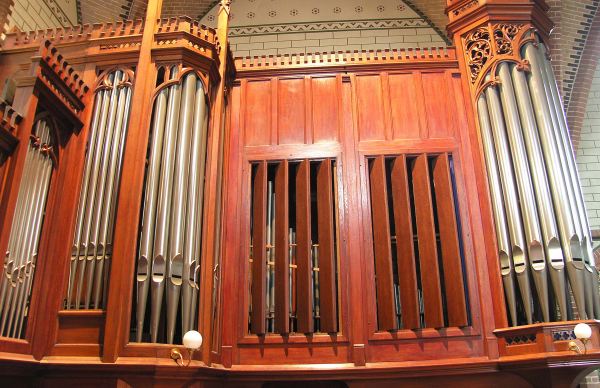 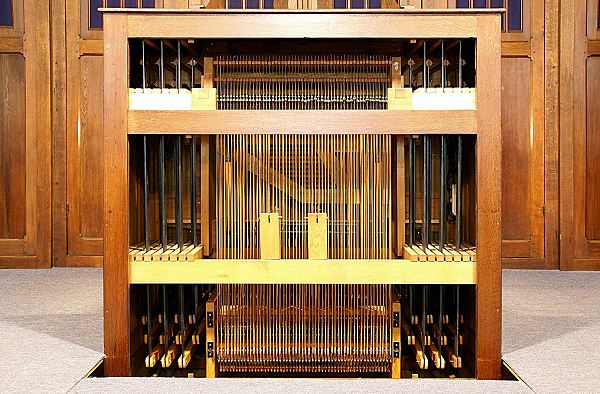