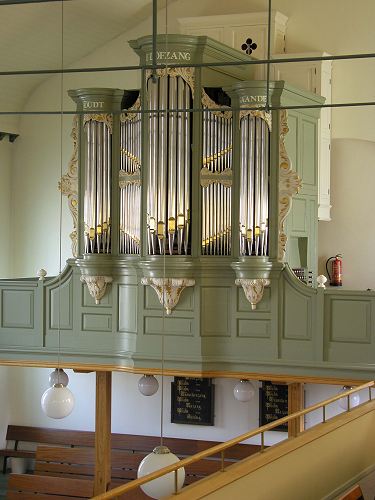 Photo: Jan Smelik
The Utrecht organ makers Gebr. Van Vulpen celebrated their 65th anniversary in 2005. To commemorate this fact, this article discusses three relatively little-known instruments which were recently restored by the company.The organ in the Maranathakerk in Alphen aan den Rijn is of Westfalian origin and was built toward the end of the 18th century. In the second half of the 19th it was placed in the Plantagekerk in Amsterdam. In 1931, H.W. Flentrop placed the organ in de Dutch Reformed Church in Suawoude (province of Friesland), where it remained until the church was closed in 1999. With Henk Kooiker and the national organ advisers Wim Diepenhorst and Rudi van Straten as consultants the instrument was placed in the Maranathakerk in 2005, at which time a new independent pedal was added.The organ in the church of the Evangelische Broedergemeente in Zeist was built in 1883 by the firm Bätz-Witte. In 1917 a Cornet and an 8 Voix céleste were added. The instrument was drastically restored in 1963-1964 by K.B. Blank & Zn. with M.A. Vente as consultant; the disposition was altered at this time. In December 2005 a thorough restoration (consultant: Wim Diepenhorst) was completed, with a return to the original situation as goal. A few stops were added.In the Hervormde Kerk in Tilburg is found the organ that Johann Heinrich Hartmann Bätz built in 1765 for the Heikese kerk in Tilburg. After this church was returned to the Roman Catholics in 1821, the Protestants built the Pauluskerk and moved the Bätz organ there in 1824. In 1937 the instrument was restored by the firm Spiering of Dordrecht. Between 1957 and 1965 various work was done to the instrument. In 2001 a plan was made for restoration of the organ, in coördination with a general restoration of the church building. With Wim Diepenhorst as consultant, the instrument was as far as possible returned to its original state. 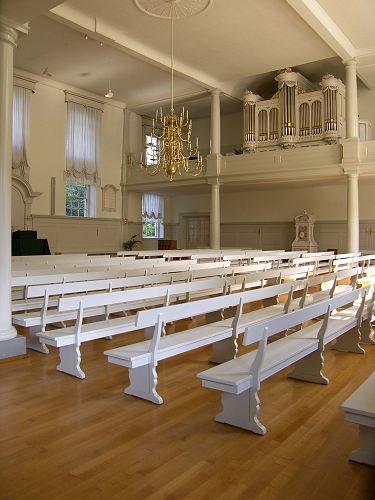 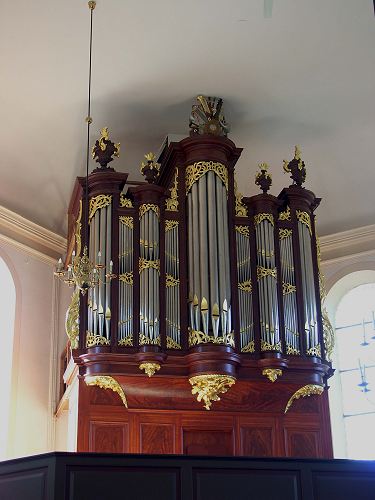