The Tannenberg organ at Winston-Salem, North Carolina by Jan-Piet Knijff 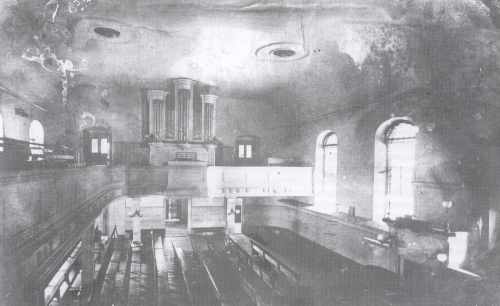 The recently restored two-manual Tannenberg organ (1799-1800) in Winston-Salem, NC, is not only the largest extant organ of the first American organ builder, but also the oldest two-manual organ in the USA. The importance of Tannenbergs organs extends beyond the borders of the USA: Tannenbergs work shows many similarities with the organs of the South-German organ builders before the Silbermanns, a tradition for which the evidence has all but disappeared in Europe. Tannenberg’s organs may thus be the best medium for the music of Pachelbel and other South-German composers of the generation before J.S. Bach. The Winston-Salem organ was restored to its original condition by Taylor & Boody after having been in storage for almost a century.